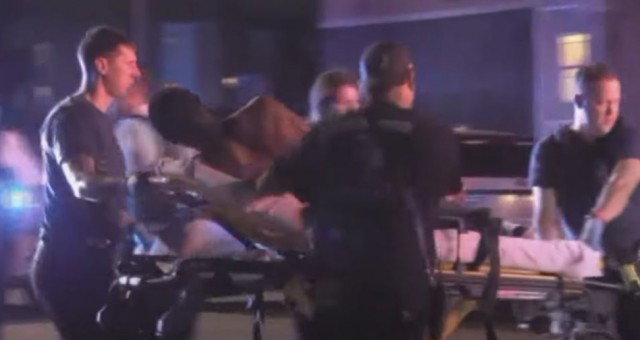 With the endless lament about the rising bodycount, you might think that the press has begun to care about what happens to Americans.

Sadly, all that handwringing is only for show. When they can spin it up against Orange Man Bad, it’s a big deal. When it doesn’t fit a political narrative, it’s considered a non-story.

Bloody weekends in Chicago are one example of such a ‘non-story’. Even if this year gave us the bloodiest weekend in years.

Do their lives not matter, too?

The Sun Times reports that at least 41 people were shot — seven fatally — in Chicago over Memorial Day weekend, including five people shot in a single incident Sunday on the Near West Side.

That shooting happened just after 6 a.m. in the 1300 block of West Hastings Street, Chicago police said, leaving two dead and three others wounded.

Martez Cox, 27, and Antonio Green, 28, were taken to Stroger Hospital, where they died, police and the Cook County medical examiner’s office said. Two women shot while sitting in a sedan on Hastings were in good condition at Mount Sinai Hospital. One, 31, had been struck in the hip and the other, 25, was hit in the left arm.

A third wounded man who police believe was involved in the shooting is in custody at Stroger Hospital, where he was being treated for a graze wound to his nose, police said. Charges are pending against him.

Investigators determined Monday that Cox and Green were the two primary shooters in the incident, Chicago police spokesman Anthony Guglielmi said. Two more people with guns were arrested and will be charged with aggravated discharge of a firearm and other weapons violations.

The New York Times told us how racist the military is — pretty classy to run a story like that on Memorial Day Weekend.

CNN and other outlets blasted Trump for golfing — which The Hill points out he has not done in 75 days, since March 8th.

With the virus having run its course in many parts of the country and seemly well-contained there, events like these remind us just how powerless we are to prevent bad things from happening.

Should Chicago be locked down every weekend until a ‘cure’ for their rampant murder problem is found? No, people accept that they live in a risky world and press on anyway.

Somehow or other, we haven’t yet found a way to translate that same lesson to the broader culture and their response to viral outbreaks.

If only there were some way to explain why they were so selective in their use of ‘if it saves just one life’.

It couldn’t POSSIBLY have anything to do with politics or narrative building, could it?