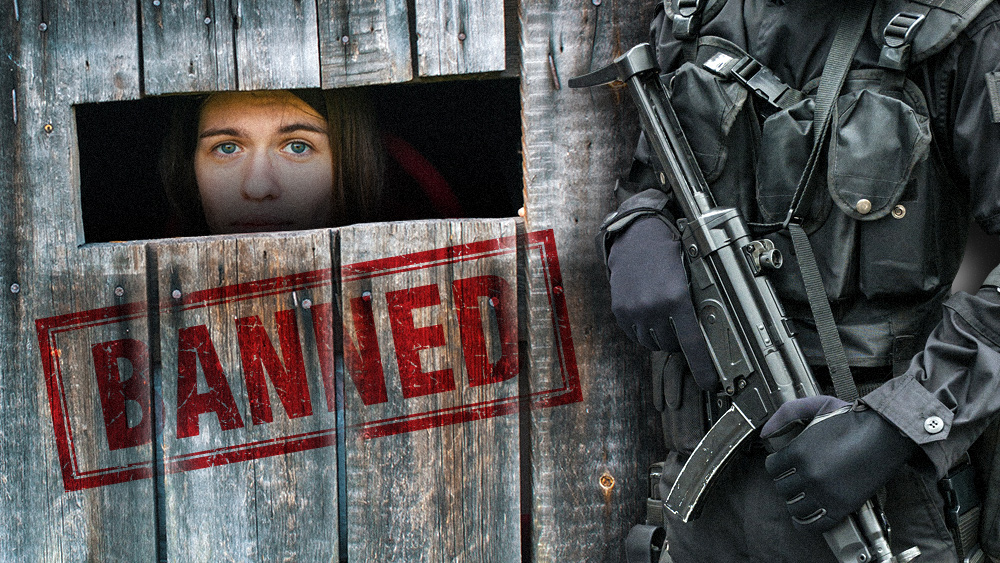 (Natural News) Health Freedom Alert: Medical martial law has been rolled out in Rockland County, New York, where unvaccinated citizens are now barred from all public places — including schools, sidewalks, malls, churches and public transportation — all under the absurd quack science fraud that claims measles is only spread by unvaccinated people. In truth, the measles vaccine spreads the measles through “viral shedding” and improperly weakened viral strains. If the measles vaccine really worked, why would vaccinated people have anything to fear from the unvaccinated, anyway?

“Effective at the stroke of midnight, Wednesday, anyone who is under 18 years of age and unvaccinated against the measles will be barred from public places until this declaration expires in 30 days or until they receive the MMR vaccination,” reports NBC New York. County officials told NBC New York that they would “not chase people down,” yet are threatening six months of jail for anyone found to be in violation of the tyrannical declaration.

Notably, the government can mandate new vaccines at any time, then claim those new vaccines must also be injected into everyone at gunpoint, then banning those who don’t comply from leaving their own homes. Effectively, this new mandate makes people prisoners in their own homes unless they obey the government’s insane, anti-science vaccination mandates rooted in Big Pharma corruption and the routine bribery of doctors and public health officials.

Measles hysteria is the “Russia collusion hoax” of the vaccine industry

With this declaration of medical martial law in New York, measles has become the latest mass hysteria media fraud, following in the footsteps of the now-imploding Russia collusion hoax. As always, the media is lying to everyone, and government bureaucrats are going along with the lie to terrorize their own citizens into compliance.

Vaccine compliance will now be enforced essentially at gunpoint in Rockland County, with those who violate the medical martial law being subject to arrest and six months in prison. No doubt the government there will soon announce “snitch rewards” for citizens who call the police on unvaccinated residents, turning them in for food stamps or whatever else the government is giving away to those who service as the “vaccine secret police” snitch brigade.

It’s also clear that citizens will soon be required to carry “vaccine ID cards” to prove their compliance with ever-expanding government mandates that now threaten the health and safety of tens of millions of children in the USA alone. “Show me your vaccine papers” is the new mantra, and this pilot program in Rockland will be rolled out across the entire country unless there is strong push back against it.

You are now a prisoner in your own home, thanks to the medical police state

In effect, the new vaccine martial law decree makes non-vaccinated people prisoners in their own home, denying them access to all the public services their own tax dollars have helped fund, including roads, sidewalks, public transportation, sports stadiums and even government offices.

Taking a cue from Adolf Hitler’s Third Reich, non-vaccinated citizens are now being “un-personed” in Rockland County, essentially labeled as non-persons who have no access to society. This is the medical police state at work, denying citizens the right to exist if they do not agree to be injected with every toxic substance the misinformed bureaucracy demands be injected into children and adults alike.

If you thought the Russia collusion hoax was a massive fraud, what you’re seeing now with collusion between the vaccine deep state and government regulators puts all that to shame. These are serious tyrants who respect no liberty, no life and no individual rights whatsoever. They will declare any emergency that’s required to place their own citizens under the thumb of a tyrannical government regime that demands you be injected at gunpoint with a toxic cocktail of dangerous chemicals.

If you’ve ever wondered why New York, Connecticut, Maryland, California, Colorado, Illinois and other liberal-run states are desperately trying to take away your guns, it’s because they don’t want you to fight back when they come for your children.

Remember: Vaccines are a form of medical violence against children. And this violence is wielded by scientifically illiterate government officials who literally know nothing at all about vaccine ingredients, vaccine risks, or the statistics that are published by Health and Human Services which describe the thousands of children who are harmed, maimed and killed by FDA-approved vaccines.

Learn why vaccines are biological weapons against humanity:

See the “Vaccines and Vaccination” video channel on Brighteon.com.