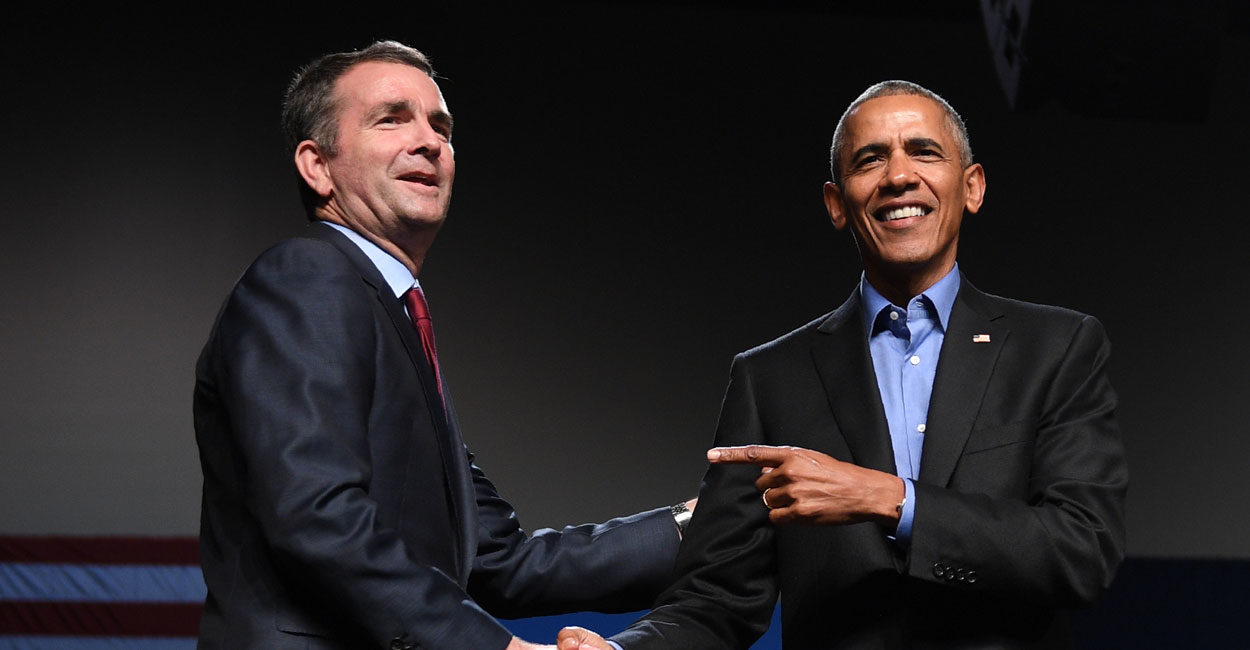 A recently unearthed yearbook page for Virginia Gov. Ralph Northam, a Democrat who has been under fire this week for his comments about a late-term abortion bill, includes a photo featuring one man in blackface and another man in Ku Klux Klan attire.

“Racism has no place in Virginia,” said Jack Wilson, chairman of the Virginia Republican Party, in a statement Friday. “These pictures are wholly inappropriate. If Gov. Northam appeared in blackface or dressed in a KKK robe, he should resign immediately.”

Northam will be kept comfortable as we all decide if he is viable.

Both The Washington Post and National Review said they had verified the authenticity of the yearbook page, which was first revealed by website Big League Politics. The page, pictured in the tweet above, is reportedly from the 1984 yearbook of Eastern Virginia Medical School.

Northam’s office did not immediately respond to an email request for comment from The Daily Signal.

In a statement issued Friday evening, Northam apologized to Virginians and said the behavior depicted in the photo “is not in keeping with who I am today and the values I have fought for throughout my career in the military, in medicine, and in public service.”

“I am deeply sorry for the decision I made to appear as I did in this photo and for the hurt that decision caused then and now,” Northam said.

He did not say which person in the photo is him.

Virginia Senate Minority Leader Richard L. Saslaw, described by The Washington Post as a “Northam ally,” defended Northam to the Post, saying, “His whole life has been about exactly the opposite and that’s what you need to examine, not something that occurred 30 years ago.”

“While it’s in very poor taste, I would think no one in the General Assembly who would like their college conduct examined,” Saslaw added. “I would hate to have to go back and examine my two years in the Army. Trust me. I was 18 years old and I was a handful, OK? His life since then has been anything but. It’s been a life of helping people, and many times for free.”

Earlier this week, when speaking about a late-term abortion bill in Virginia, Northam made comments in a radio interview that suggested support for infanticide.

I have devoted my life to caring for children and any insinuation otherwise is shameful and disgusting.

An Army veteran who was born and grew up on Virginia’s Eastern Shore, Northam is a pediatric neurologist who practiced at a children’s hospital in Norfolk, Virginia.

Here is the full text of the governor’s statement on what it calls the “offensive” photo:

Earlier today, a website published a photograph of me from my 1984 medical school yearbook in a costume that is clearly racist and offensive.

I am deeply sorry for the decision I made to appear as I did in this photo and for the hurt that decision caused then and now.

This behavior is not in keeping with who I am today and the values I have fought for throughout my career in the military, in medicine, and in public service. But I want to be clear, I understand how this decision shakes Virginians’ faith in that commitment.

I recognize that it will take time and serious effort to heal the damage this conduct has caused. I am ready to do that important work. The first step is to offer my sincerest apology and to state my absolute commitment to living up to the expectations Virginians set for me when they elected me to be their governor.