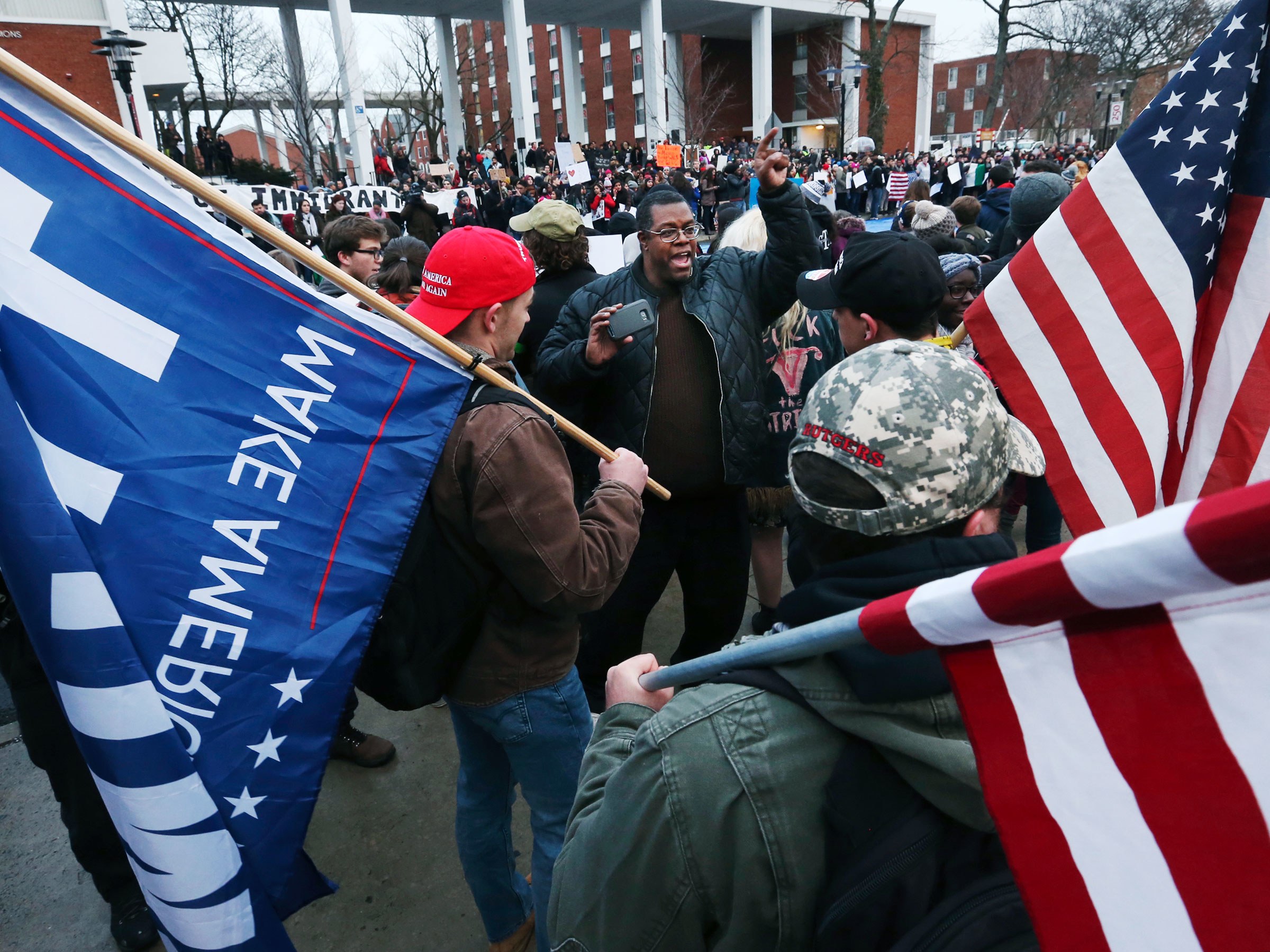 If you look at the rather intricate structure of Antifa, you will find that the average American taxpayer helps fund it.

In this case the funding is from a tax exempt organization, which means that you and I are paying more than our fair share so the militants don’t have to.

A man who founded One People’s Project, an organization with 501(c)(3) status, is also a proud and vocal member of Antifa.

Anyone else see a problem with that?

While One People’s Project and Jenkins had gained some notoriety over the years, it was not until Donald Trump‘s campaign for the presidency and eventual victory that put him, the organization and the entire Antifa movement into the spotlight.[10][11] Jenkins has appeared on numerous television news programs, articles and documentaries, notably The Montel Williams Show, A Current Affair, The Rachel Maddow Show and on AM Joy with Joy Reid. In 2018, the documentary Alt-Right: Age of Dynasty, which features Jenkins confronting white nationalist Richard Spencer, premiered at South by Southwest.[12]

An organization run by veteran left-wing extremist Daryle Lamont Jenkins, One People’s Project, has 501(c)(3) status, according to a public document obtained by National Justice.

The IRS filing shows that OPP received favorable determination in March 2017, which means that people subsidizing this group’s activities can write contributions off on their taxes. The above image, obtained through Open Source Intelligence, shows Jenkins tabling the “Antifa” booth at the 2018 New York Left Forum.

Jenkins, based out of Somerset, New Jersey, is a prominent figure in violent left-wing paramilitary circles and one of their chief spokesmen. In 2018, a film called “Skin” dramatized Jenkins’ collaborative effort with the Southern Poverty Law Center to remove tattoos from a skinhead.

A source familiar with paramilitary groups organizing in Philadelphia and New Jersey told us that Jenkins plays the role of bridging the gap between masked terrorists and respectable liberals.

Jenkins is close friends with Thomas J Keenan, another native of Somerset who moved to Philadelphia at the same time Jenkins was there and was the de facto leader of Philly Antifa.

Jenkins’ OPP pioneered the tactic of “doxing” political rivals, where the personal information of nationalists and conservatives is published on the internet in order to intimidate them and their families into silence.

Jenkins has publicly stated that he was inspired by anti-abortion terrorists of the 1980s and 90s, who would publish the information of abortion doctors with the unspoken understanding that they would be targeted for assaults or assassinations. The Nuremberg FIles, a directory of the home addresses belonging to abortion doctors, were utilized in the shooting of Barnett Slepian.

OPP’s activities are in flagrant violation of their 501(c)(3) obligations, and it’s shocking that an IRS investigation did not uncover this.

So Jenkins is the founder of a tax exempt organization AND a proud Antifa member.

Does anyone else see a problem here?

Antifa, much like One People’s Project, is not apolitical.

Tell me how OPP keeps its tax exempt status in the first place and also tell me that some of those funds don’t find their way to Antifa.

One People’s Project certainly does not deserve tax exempt status with this radical at the helm.

Here’s a Jesse Lee Peterson interview with Jenkins from 2017.