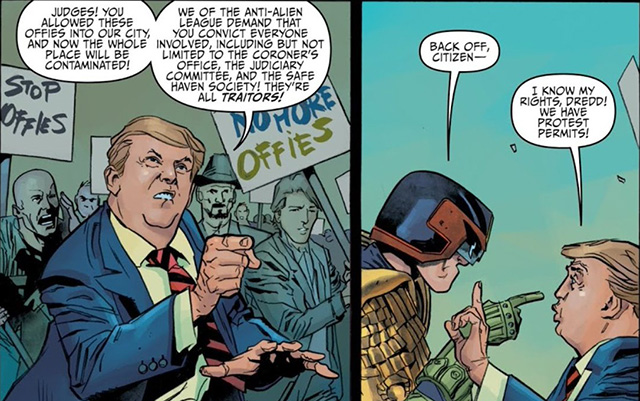 Judge Dredd is now a social justice warrior and Mega-City One is a sanctuary city.

That’s the plot of the comic “JUDGE DREDD: TOXIC #1,” which was released on October 24 and was written by British leftist Paul Jenkins.

Here’s a review with more shots of the comic:

The comic appears to end with Trump supporters rioting and antifa blowing them all up with a grenade.

Social justice cultists need to hijack the works of others and inject their propaganda into it because they’re incapable of creating anything of interest on their own. Tearing down what others built is all they understand.