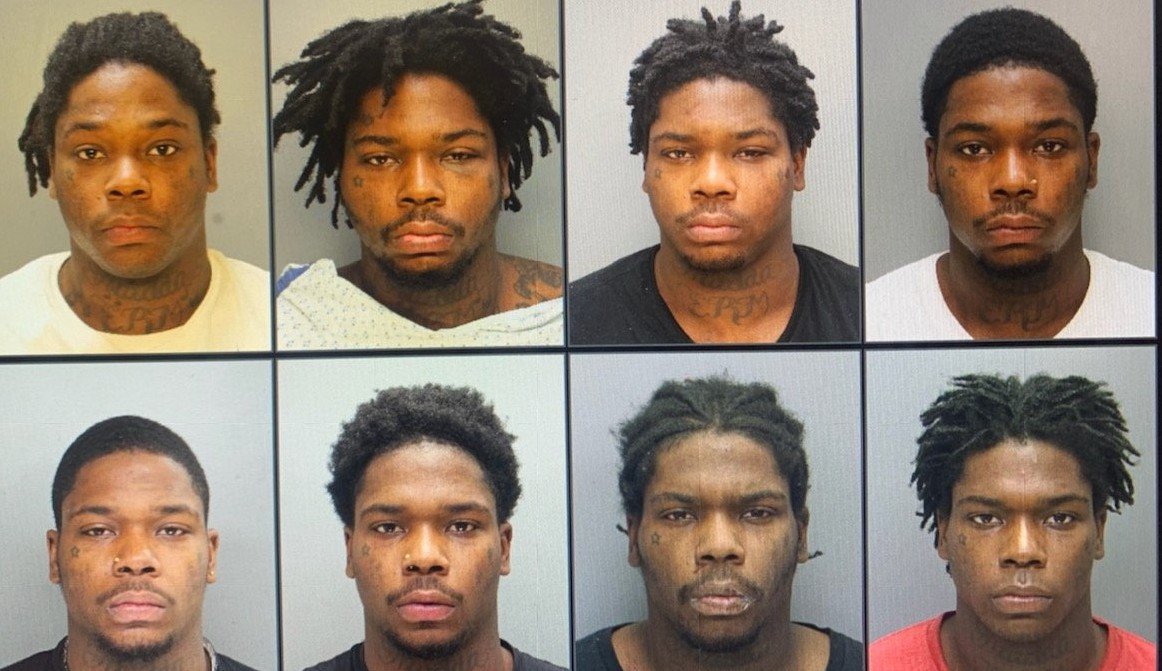 Black Lives Matter rioting and looting in Philadelphia on Monday night was triggered in response to police shooting a career criminal with a lengthy record who charged at them with a knife.

Walter Wallace Jr, 27, has so many mugshots I couldn’t fit them all into one properly-sized header image. The media, which has done everything in their power to either ignore or cover-up the BLM riots in Philly, chose to use what appears to be a high school prom photo of Wallace in their stories — which didn’t dare use the “R-word” (i.e. riots) despite having over a dozen mugshots at their disposal. The family of Walter Wallace Jr. is remembering him as a family man, father and husband in the aftermath of him being shot and killed by police in West Philly, launching unrest in the city overnight. https://t.co/YwoAdw7n18 pic.twitter.com/FeOHYG97dc

Wallace had a criminal record going so far back I can’t even find the whole thing. Here’s how Wallace chose to portray himself in one of his music videos where he’s seen waving around and shooting off a wide assortment of rifles and handguns while his friends pose in skull masks. The media reported on this story as though Wallace was a mentally disabled person shot by police just because he was Black (Wallace’s mother said he had “mental issues”).

Thirty police officers were injured during Monday night’s riots and one officer was run over with a truck.

Court records show Wallace was currently awaiting trial for allegedly threatening to shoot a woman and her house up.

In 2017, he pled guilty to robbery, assault, and possessing an instrument of crime after kicking down the door of another woman and putting a gun to her head.

He was sentenced to 11-23 months behind bars.

And in 2013, he pled guilty to assault and resisting arrest after punching a police officer in the face.

UPDATE II: NBC Philly has more buried at the very bottom of an article on the case:

He was arrested in March after he allegedly threatened his child’s mother over the phone, saying “I’ll shoot you and that house up.”

In 2019, he was charged with resisting arrest by “kicking the windows and door panels of a police patrol car.”

In 2016, during a robbery, he allegedly grabbed a woman by the neck and held what she believed to be a gun to her head, according to court records.

In 2013, Wallace’s mother had a protective order against him which he allegedly violated when he “threw water in her face and punched her in the face” and “threatened to return and shoot” her, according to court records.

Of course, we can’t let any of this get in the way of Black Lives Matter and the media proclaiming his sainthood!