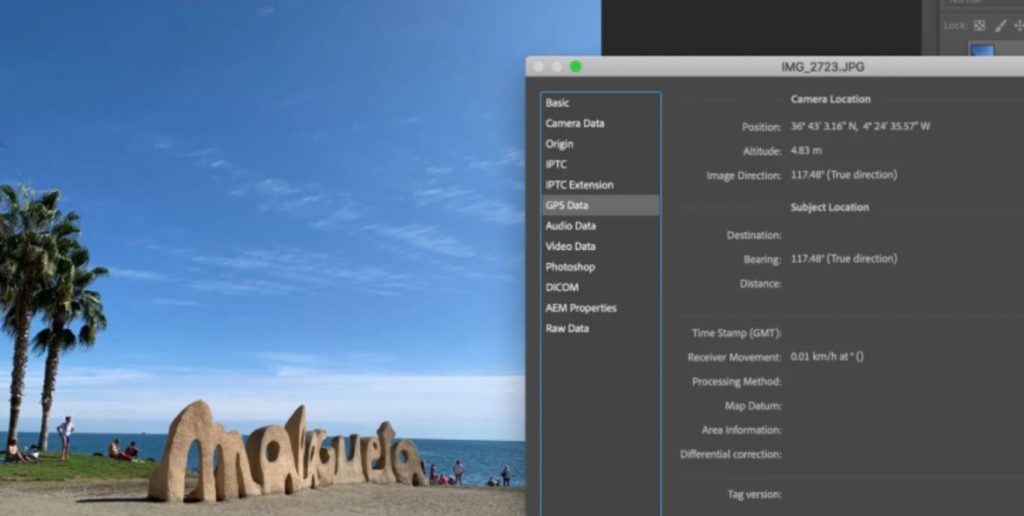 In a day and age where everyone is walking around carrying a portable GPS/supercomputer in their pockets, it should be of no surprise that location data can help track you at almost any given point in the day.

But while this may be semi-expected, one way in which people may not know they’re offering up information is through photographs.

Such was the topic of a new BBC report, which delved into exactly how much information people are offering up with their photo metadata – the digital “fingerprint” that’s attached to every digital photo you take.

Metadata became a national issue when comparisons of two photographs of former President Trump at Walter Reed Medical Center were scrutinized closely to try and determine whether they were staged or not, BBC notes. Metadata also led to authorities being able to detain John McAfee in 2012, after a photograph’s location data revealed he was in Guatemala at the time.

This data “automatically and parasitically burrows itself into every photo you take,” BBC notes. And while it’s not impossible to get rid of, most people don’t even realize that it’s there before widely sharing their photographs on social media. And while some platforms remove sensitive information, like where a photo was taken, others don’t.

The tool has become useful for police investigations, who often use it to place criminals at a scene. But the data can clearly be a slippery slope and be used for nefarious purposes, as well.

The Ultimate Privacy Phone and Laptop from Purism (Ad)

And as the BBC notes, it’s not just the metadata hidden in your photos. They also contain a “unique personal identifier linking every image you capture to the specific camera used”. The report goes on to describe how unique imaging sensors are, and how that data is stored:

To understand what this identifier is, you first have to understand how a photo is captured. Central to every digital camera, including those inside smartphones, is its imaging sensor. This is composed of a grid of millions of silicon “photosites”, which are cavities that absorb photons (light). Due to a phenomenon known as the photoelectric effect, the absorption of photons causes a photosite to eject electrons a bit like a nightclub bouncer.

The different sensitivities of the photosites creates a type of imperceptible image watermark. Although unintentional, it acts like a fingerprint, unique to your camera’s sensor, which is imprinted onto every photo you take. Much like snowflakes, no two imaging sensors are alike.

The good news, however, is that the data can also be used to help identify fake photographs. This can be helpful in a day and age where even deepfake video, let alone faked photographs, are starting to look flawless. Hany Farid, a professor in electrical engineering and computer sciences at the University of California, said that photo fingerprinting can “have positive and negative uses”.

Jessica Fridrich of Binghamton University in New York state, for example, has patented a photo fingerprinting technique, which has subsequently “been officially approved for use as forensic evidence in court cases in the United States.”

And how can one avoid sending out their personal data when just trying to take a couple of photos of the family bar-b-que? BBC notes there’s plenty of tools – like EXIFTool – that can help you access, and scrub, metadata.