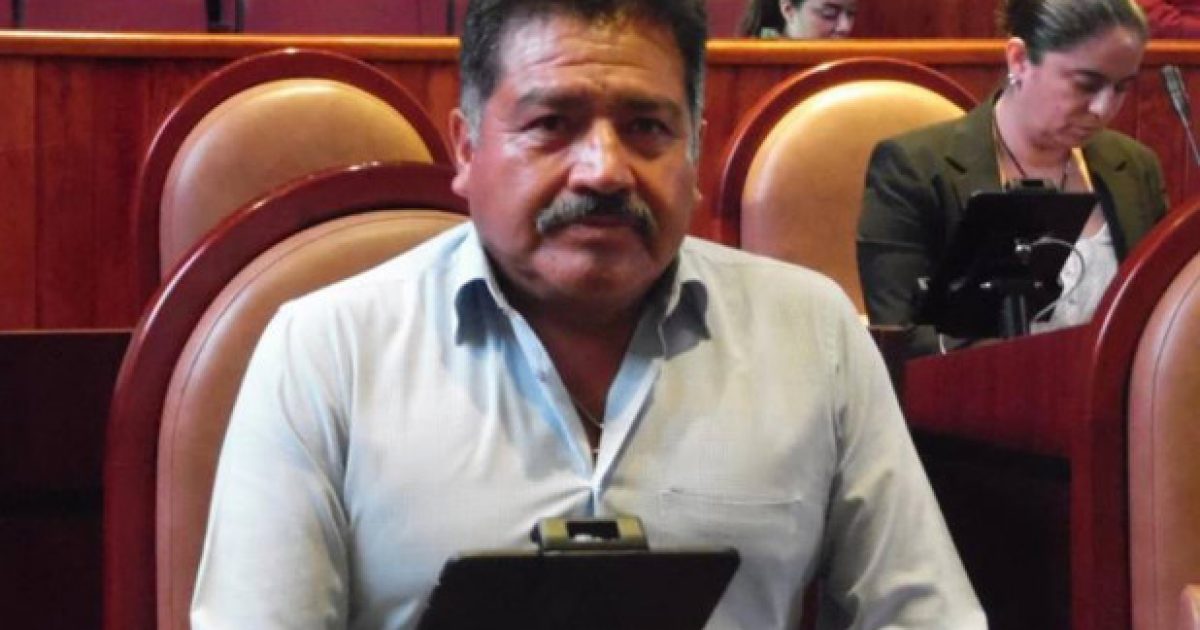 A newly sworn-in mayor in Mexico was assassinated on his first day in office. Alejandro Aparicio Santiago, a member of the National Regeneration Movement, had just taken office in Tlaxiaco when he was attacked.

Alejandro Aparicio Santiago had just taken office Tuesday and was walking to his first official meeting at city hall when a group of gunmen opened fire. The mayor died at the hospital, according to The Associated Press.

Aparicio was a member of the Mexico’s National Regeneration Movement, MORENA, the party of newly elected President Andrés Manuel López Obrador. The Oaxaca branch of the party issued condolences and a call for authorities to punish those responsible.

Murat condemned the slaying and promised a thorough investigation, saying a suspect was already in custody. The state prosecutor’s office said in a statement that Aparicio had just been sworn in and was headed to a meeting at city hall when an unknown number of gunmen opened fire at him.

A suspect has been taken into custody.

Tlaxiaco is the hometown of Yalitza Aparicio

, star of the film “Roma

Mexico has seen its share of assassinations of politicians who have been against the crime syndicate.

Earlier this year, in June, we reported that 113 Mexican politicians had been killed in less than a year.

The number of Mexican politicians killed since September continues to rise. Recently, a politician was killed while taking a selfie and another was shot in her home just off the coast of Cancun.

The New York Post reported that a Mexican politician who pledged to defy organized crime was shot dead as he posed for a picture with an admirer, according to reports and video. Congressional candidate Fernando Purón had just finished an election debate in the border city of Piedras Negras on Friday night when a woman holding a selfie stick asked him to take a picture, the Vanguardia reported.

Rosely Danilu Magaña, a municipal councilor candidate for the Isla Mujeres, located just off the coast of Cancun in Mexico passed away on Monday night after suffering from gunshot wounds she received on Saturday during an attack in a campaign event. The candidate for the ruling Institutional Revolutionary Party (PRI), was attacked when leading a meeting with other political activists at her house.

Mexico’s Political Violence Indicator released by the Ettelek consultancy confirms that Magaña is the 113th politician or candidate to be killed since September 2017. Political campaigns in Mexico are over on June 27, four days before one of the country’s most important general elections in recent history to take place on July 1. More than 1,000 candidates have dropped out of local races ahead of the July 1 elections because they fear being gunned down.

And lest you think this a new phenomenon, remember Maria Santos Gorrostieta, the former mayor of Ticquicheo, a rural district in Michoacan, west of Mexico City? She faced numerous attempts on her life, losing her husband in attacks as well and finally succumbing to assassination in 2012 at the hands of Mexican cartels.

Mexican cartels are ruthless. They have already demonstrated that they will act like the jihadists in beheading those opposed to them. Many of them are involved in killing our Border Patrol agents such as Brian Terry and ICE agent Jaime Zapata. Our own government funneled nearly 2,500 guns into Mexico to be placed in the hands of these murderous gangs and still no one has been brought to justice, in spite of the claims of one of the insiders that the weapons were specifically sent to Mexican drug cartels.

María Ascención Torres Cruz, another politician in the party of President Andrés Manuel López Obrador, was killed Sunday in the state of Morelos.

Holding public office can be very perilous in parts of the country. Between September 2017 and August 2018, 175 politicians were murdered, according to the consulting firm Etellekt.

Obrador, who campaigned on a platform of restoring order, formed a National Guard and has traveled with light security — riding in a Volkswagen with only unarmed citizens providing protection, NPR reported.

An analysis by the Economist magazine found that mayors in Mexico were often targeted after they cracked down on corruption and local crime, or because they sided with drug cartels at times and were pursued by their rivals.

In Oaxaca, where gangs are weak, mayors have been killed in disputes over land, according to the mag.