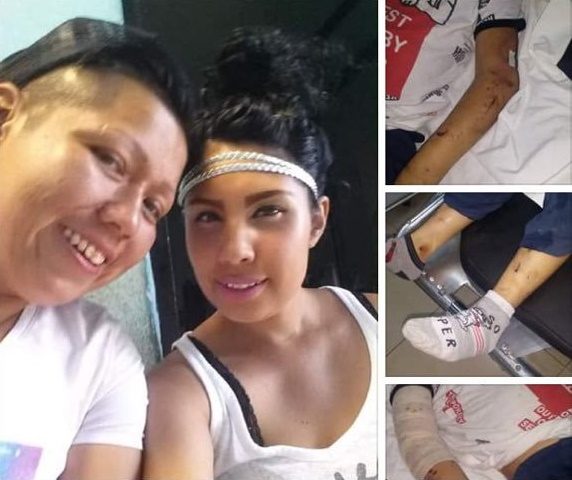 A 7-year-old boy was eventually beaten to death by his lesbian mother after he was tormented and tortured by her for refusing to dress like a girl.

Karol Ramon, a seven-year-old boy, was beaten to death by his own mother and her lover because he refused to dress like a girl.

However, before Karol was murdered, he was subjected to lengthy abuse and mistreatment at the hands of the women.

Karol, who is from Guanajuato, Mexico was starved, whipped, battered, hammered, burned with cigarettes, and frequently physically abused before his murder.

According to a translated version of Radio Formula:

According to the first reports, the child was constantly mistreated by both women, and ended his life last March, after giving him a brutal beating when he refused to dress in clothes for girls.

Karol received severe blows to the stomach and head that caused damage to his organs. His mother, identified as Margarita, took him to the community hospital, but the boy no longer showed vital signs.

At the autopsy, authorities discovered that Karol had bruises on his body, as well as scars from cigarette burns, and blows caused by heavy objects, so they opened an investigation folder against the couple.

Neighbors reported that Margarita and her partner beat the boy with a belt, and on other occasions with a hammer, a chair and even with a whip, they also left him several days without eating.

On the orders of a judge, the victim’s mother will spend at least four months in pretrial detention for the crime of homicide, while her partner, identified as ‘ Emerald ‘, is still a fugitive, Noticieros Televisa reported.

Here’s the couple accused of the murder of a 7-year-old boy and pictures of some of his injuries.

In January 2016, I reported on two lesbians in Oklahoma who tortured a 5-year-old boy so bad that he bled and had seizures.

Two Oklahoma lesbians were arrested after seriously abusing one of the women’s sons over a period of many months with a hammer, belt, duct tape and violent physical assaults which caused him to suffer multiple strokes and be hospitalized.

Rachel Stevens, 28, and Kayla Jones, 25, were arrested by the Muskogee Police and are facing felony charges of child abuse by injury and child neglect.

Police were called to St. John Medical Center in Tulsa on Dec. 8 after the boy was transferred there from a Muskogee clinic because of lesions on his face and seizures he was having, according to information from an affidavit and a Muskogee Police Department news release.

The boy was then airlifted to OU Medical Center in Oklahoma City, where it was discovered that he had multiple broken bones at different stages of healing, and was malnourished, the affidavit states.

While the boy was being treated at OU Medical Center, he suffered two strokes due to trauma, the affidavit states.

After conducting forensic interviews, investigators determined that the boy had been locked in a room and bound with duct tape over his eyes. The boy told investigators that his mother, Stevens, and Stevens’ girlfriend, Jones, had beaten him with a belt, the affidavit states.

What sort of sick person murders the fruit of their own womb? What drives a woman to go against her own God-given inherent desire to protect her child?

Sin, and both of these women were engaged in it heavily in their rejection of their Creator, which probably led them a lot further than they thought they would ever go by the taking of an innocent, little boy’s life.

They continue to exist.

Justice would be to put an end to these women’s lives here on the face of this earth and let them face the Judge of all men (Hebrews 9:27).