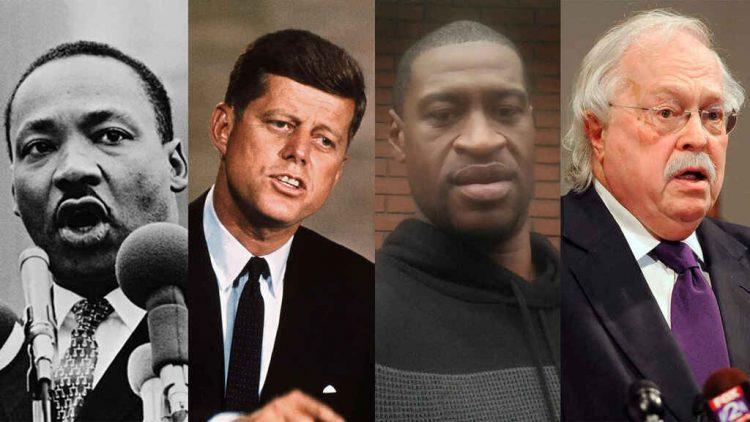 Dr. Michael Baden, the doctor that recently conducted an autopsy of George Floyd and concluded that he died of asphyxiation, has a very interesting past of being involved in the investigations in some of the most famous deaths in recent US history. Not only was he recently called upon to perform and autopsy on George Floyd, but during his five-decade career has covered some pretty high profile cases and been involved in the investigations of Jeffrey Epstein, the OJ Simpson murders, the assassinations of Martin Luther King, Jr. and JFK, as well as Michael Brown, who was killed in Ferguson, Missouri, which started riots in looting there.

Baden has become a prominent name in the field of forensic pathology following his graduation from NYU School of Medicine with an M.D.

He has performed over 20,000 autopsies over the course of his career.

Dr. Michael Baden is the former Chief Medical Examiner of New York City and past Co-Director of the New York State Police Medico-Legal Investigations Unit. He received a B.S. Degree from the City College of New York and an M.D. Degree from New York University School of Medicine. He trained in internal medicine and pathology at Bellevue Hospital Medical Center where he was intern, resident and Chief Resident. He has been a medical examiner for forty-five years and has performed more than 20,000 autopsies. He has held professorial teaching appointments at Albert Einstein Medical School, Albany Medical College, New York University School of Medicine, New York Law School and John Jay College of Criminal Justice. He has been a consultant to the Federal Bureau of Investigation, Veteran’s Administration, Bureau of Alcohol, Tobacco and Firearm’s, Drug Enforcement Agency and the United States Department of Justice.

Additionally, he has covered some of the most high profile cases of our lifetime in his nearly 50-year career.

He was Chairman of the Forensic Pathology Panel of the U.S. Congress Select Committee on Assassinations that re-investigated the deaths of President John F. Kennedy and Dr. Martin Luther King, Jr. in the 1970s. He was the forensic pathologist member of a team of U.S. forensic scientists asked by the Russian government to examine the newly found remains of Tsar Nicholas II, Alexandra and the Romanov family in Siberia in the 1990s. He has been an expert in multiple Iraq-related court martials in the United States and Camp Liberty, Baghdad. He has also been an expert in the investigations concerning Medgar Evers, John Belushi, Yankee Manager Billy Martin, Marlon Brando’s son Christian Brando, O.J. Simpson, Jayson Williams, Kobe Bryant, Robert Blake, and Las Vegas hotel owner Ted Binion.

Furthermore, he has conducted investigations into deaths around the world, including Poland, Croatia, Serbia, Israel, the Gaza Strip and the West Bank, Monaco, Panama, England, Canada, Zimbabwe and other countries for human rights groups and private attorneys.

There have been some that said that once Baden was head of the re-investigation into the assassination of JFK, things made a significant turn in approach.

Baden was removed after complaints made by Manhattan District Attorney Robert Morgenthau and Health Commissioner Reinaldo Ferrer, but he denied their charges of sloppy record-keeping, poor judgment and lack of cooperation and accusations that he revealed publicly that Governor Nelson Rockefeller died during sexual intercourse. Others in the criminal justice world in New York City at the time criticized the move to remove Baden.

“He is too independent, that’s the only slam on the guy. He cannot be leaned on and he has tremendous integrity,” Robert Tanenbaum, a former Manhattan district attorney’s office staffer, told The Times. “And so in the mentality of the New York establishment, he can’t be trusted.”

Dr. Baden has quite an interesting history, doesn’t he?