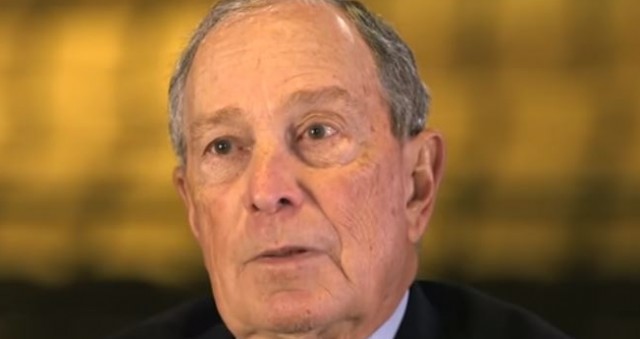 (TNS) We don’t begrudge former NYC mayor and current 2020 Democratic presidential contender Michael Bloomberg one cent of the billions of dollars he’s earned over the years, but without question, having that kind of wealth puts you in social circles that few Americans will ever know or experience.

So when he makes what appears to a majority of people to be a rather tone-deaf statement, most of the time it’s not a big deal. A little polite, nervous laughter, a pat on the head, and away you go, Mike.

But in a recent speech to the Aspen Institute, Bloomberg touched on one of his favorite political subjects — taking guns away from people, the Second Amendment be damned — when he appeared to suggest that minorities be among the first Americans to lose their gun rights.

As reported by the Washington Times, Bloomberg claimed that 95 percent of murders fall into a specific category: a male minority between the ages of 15 and 25:

That led him to suggest that young black men are already under the belief that they’re going to die anyway and as such they believe it’s “a joke” to kill each other.

Cities need to get guns out of this group’s hands and keep them alive, the former three-term mayor said, according to The Times.

“These kids think they’re going to get killed anyway because all their friends are getting killed,” said Mr. Bloomberg, who funds the gun-control advocacy group Everytown for Gun Safety. “They just don’t have any long-term focus or anything. It’s a joke to have a gun. It’s a joke to pull a trigger.”

Mr. Bloomberg brought up the New York Police Department’s stop-and-frisk practices, recalling a time during his last year in office when a Baptist minster in Harlem invited him to speak at their church, The Times reported.

“While I’m sitting there waiting for him to introduce me, he said to his congregation, ‘You know, if every one of you stopped and frisked your kid before they went out at night, the mayor wouldn’t have to do it,’” Mr. Bloomberg said. “And so I knew I was going to be OK with that audience.”

Okay, sure, there is a huge homicide problem in the inner cities. Got that. But taking guns away won’t matter, as most of our metropolises are virtual gun-free zones as it is. And yet, there are mucho gun homicides in big cities every year.

So what does that mean? Well, it could mean that the bigger problem is cultural: If anyone — black, white, yellow, brown — grows up in an environment where life is cheapened, there is little parental guidance, and survival becomes nearly as important as food and water, then the people who grow up like that are going to be a lot more prone to violence.

Plus, what Bloomberg suggested was about as racist as it gets. He made the statement that young men of an entire ethnic group are simply incapable of controlling themselves so they should have their Second Amendment right taken away and placed at the mercy of authorities.

And you thought Joe Biden was The GaffeMeister. Looks like he’s got a new challenger: Mike Bloomberg.