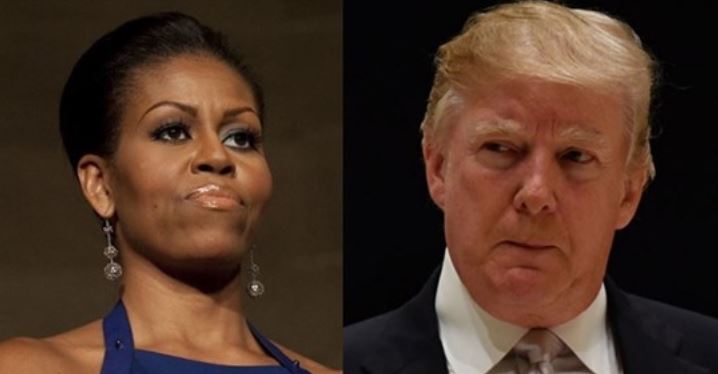 By RUSTY WEISS at Menrec

Michelle Obama reveals it was exhausting being “the first black anything,” and lamented the fact that the apathy of minority voters is what helped Donald Trump win the election in 2016.

In the soon-to-be-released Netflix documentary “Becoming,” a film which chronicles her book tour for a memoir of the same name, the former First Lady admits that “our folks” not voting felt like “a slap in the face.”

“It takes some energy to go high, and we were exhausted from it … when you’re the first black anything,” she said to a group of black schoolchildren.

Mrs. Obama went on to complain that it was the lack of minority voter turnout that prevented Hillary Clinton from defeating President Trump.

“I understand the people who voted for [President] Trump,” she said. “[But] the people who didn’t vote at all … that’s when you think, ‘Man, people think this is a game.’”

Obama went on to suggest that every time Democrats lost a significant election – which was every time her husband was in office, at historical numbers – it was because of minority voters.

And that traumatized her.

“It wasn’t just in this election, but every midterm, every time Barack didn’t get the Congress he needed, that was because our folks didn’t show up,” she divulged. “After all that work, they just couldn’t be bothered to vote at all. That’s my trauma.”

I’m excited to share that on May 6, @Netflix will release BECOMING, a documentary directed by Nadia Hallgren that shares the stories of the amazing people I met after the release of my memoir. During this difficult time, I hope you’ll find some inspiration and joy in this film. pic.twitter.com/fqsIbhXYeL

Obama was so traumatized that her reaction after watching Trump’s inauguration wasn’t exactly one where she ‘went high.’

On multiple occasions, she told a story about what was going through her head as she and husband Barack boarded Marine One and departed the White House for the last time.

“What was Mrs. Obama thinking as she and President Obama waved farewell from Marine One?” a Washington Post profile reads. “‘Bye, Felicia!’ she joked. And she laughed.”

Complains About Having Been First Lady … Again

As per usual, Michelle throws in a good amount of complaining when she talks about her stint in the White House.

“Every gesture you make, every blink of an eye is analyzed,” she said of her life during Barack’s two terms as President.

“You have the world watching every move you make. Your life isn’t yours anymore,” she lamented. “The whole idea of doing the tour is about being able to have the time to actually reflect, to figure out what just happened to me?”

Jimmy Fallon: This is after the Trump inauguration … you waving from Air Force One. Can you just walk me through…

Michelle is a queen. https://t.co/PgH7j9IDEv

Previously, Obama claimed the hardest part about her eight years in the White House wasn’t trying to be perfect, it was all those racist Americans.

After “working really hard for this country,” there would still be people “who won’t see me for what I am because of my skin color,” she claimed.

This article originally appeared at The Mental Recession and was republished with permission.