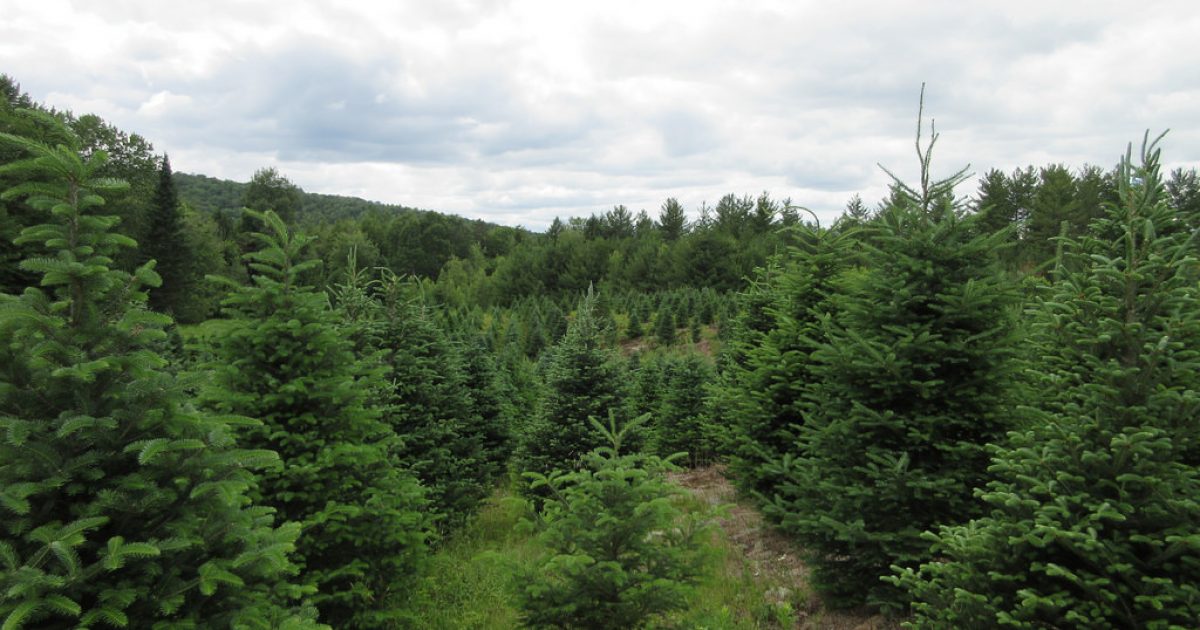 And this is what is passing for freedom these days? Two brothers in Michigan are being fined $450,000 for cutting down trees on their own property without asking the tyrants in government for permission first.

Brothers Gary and Matt Percy own a 16-acre piece of property in Canton Township. Their desire was to start a business with the property and create a Christmas tree farm.

According to their attorney, Michael J. Pattwell, the land was filled with “invasive plants like phragmites, buckthorn and autumn olive.”

But the township requires land owners to gain permission and promise new tree plantings before cutting down existing forestry, especially for landmark or historic trees.

The township had an arborist compare the parcel to an adjacent property with the similar forestry to estimate how many trees were removed.

Township attorney Kristin Kolb said “it was all part of a forest.”

The arborist estimated 1,385 trees with trunk diameter of six inches or more were removed. That could mean $225 to $300 per tree in penalties. Anther 100 landmark trees were also removed, the township estimated, meaning another $450 each.

“Canton Tree Police showed up,” said Pattwell. “Canton Township’s tree removal ordinance prohibits landowners from removing trees from private property without government permission, which may be obtained by either payment into the township’s so-called tree fund or on-site replacement with trees of certain designated trunk diameters.

“Canton Township defines ‘trees’ as ‘any woody plant with at least one well-defined stem and having a minimum diameter at breast height of three inches.’ The Percy parcel was used historically by a local farmer for dairy pasture, so much of the vegetation on the parcel was invasive buckthorn, scrub brush and dead ash trees.”

Seriously? The tree police? Doesn’t the town of Canton have anything better to do than employee “tree police” to go and attempt to infringe on the property rights of people who actually own the land and the trees? Because this is what is going on. It’s a shakedown by the town to gain money from something they don’t own! It’s criminal.

He also claims the brothers were within the “law,” and I use that term loosely because they fell under an exemption that didn’t require a permit.

“The Percy brothers believed they were exercising a state and local exemption for farming when they cleared the land, but city officials arrived on-site and signaled immediately their intention to levy big fines in excess of $700,000,” Pattwell said. “But that’s not what this case is about. We are talking here about a parcel of former pasture land surrounded entirely by industrial activity.

“This case is about misguided overreach,” he added. “It is unavoidably about whether people who own property are allowed to use it. We contend the Percy brothers exercised a farming exemption in the local tree removal law to clear the historic pasture behind their business and develop a Christmas tree farm.”

Here’s what really bothers me in this. Do the brothers own the land or not? If they own the land, then they own the grass, trees. brush and whatever else is on that land. The government does not own it. They don’t have a right to police it unless there is an actual crime that has occurred, and cutting down trees on one’s on private land is not something that is the business of government. It just isn’t.

Furthermore, the fact that government thinks they should make nearly half a million dollars from these brothers for cutting down what was theirs make it seem like Canton Township is nothing more than organized crime that seeks to extort its citizens, control them, and intimidate them.

The people of Canton Township should literally be up in arms and coming to the aid of these brothers and demand the town back off, but sadly, too many people today have become apathetic about government infringement on the people’s rights… until it happens to them.