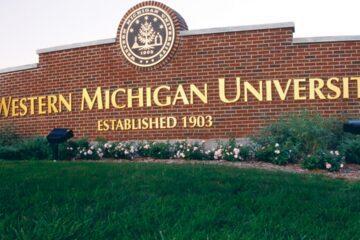 The law really is on the side of those opposed to the medical tyranny created by tyrants worldwide and especially in the united States as athletes in Michigan just had another victory handed to them by the courts against “vaccine” mandates.

The court stated: “The university put plaintiffs to the choice: Get vaccinated, or stop fully participating in intercollegiate sports. By conditioning the privilege of playing sports on plaintiffs’ willingness to abandon their sincere religious beliefs, the university burdened their free exercise rights.”

The order affirms: “The First Amendment, as incorporated through the 14th Amendment, prevents a state from ‘prohibiting the free exercise’ of religion.”

Sixteen unvaccinated athletes won another round in their legal battle to play sports, despite Western Michigan University’s mandate that all of its inter-collegiate athletes get the COVID-19 vaccination shot.

In a unanimous published decision issued Oct. 7, the U.S. Court of Appeals for the Sixth Circuit in Cincinnati, Ohio, held that the university violated the athletes’ First Amendment rights.

All 16 athletes had filed for religious exemptions, which, according to the court, the university “ignored or denied.”

The three-judge panel denied a request by the university to stay a lower court’s preliminary injunction that stopped it from enforcing the vaccination mandate.

The mandate would have barred the athletes from playing in games, or even practicing with their teams, unless they were immunized against the CCP (Chinese Communist Party) virus, which causes the disease COVID-19.

Attorney David Kallman, senior counsel with the Great Lakes Justice Center, who represents the athletes, told the Epoch Times: “It’s a great win for our clients and for religious liberty.”

According to Kallman the court’s decision is now a “binding precedent” in Michigan, Ohio, Kentucky, and Tennessee.

In a press release, Kallman wrote: “The Sixth Circuit Court vindicated their (his clients) religious convictions and that they can continue to be part of their teams.

“We trust all parties can move forward in a spirit of cooperation to uphold the important constitutional issues at stake, as well as taking appropriate measures to ensure the safety of everyone at WMU.”

TRENDING: Trump Resists Pledge To “Absolutely Accept” Election Results… But Why Should Anyone Accept Fraud?

What’s interesting is the university had no mandate policy for the entire student body, just the athletes.

Additionally, these athletes are still forced to be tested with tests we know are fraudulent to detect the “virus” and must wear a mask, both of which violate the same law that protects them against shot mandates.

See? You can win! The giant can be defeated, but you’ve got to take the stand against the tyranny and see it through to the end.

Speaking of mask mandates, check out the reaction of this little boy whose mother tells him the good news that they won their court battle and that he will not be forced to wear a mask again.