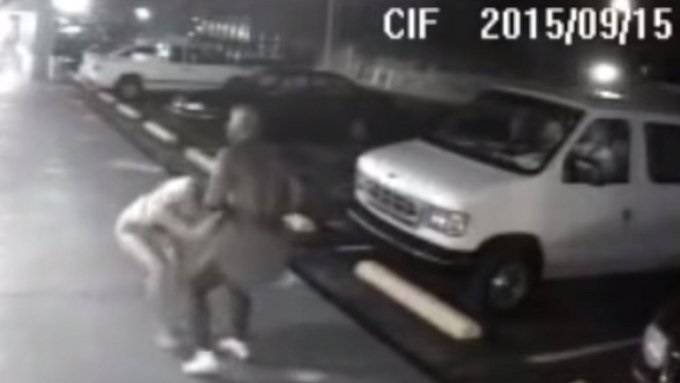 A Michigan jury acquitted former NBA player Mateen Cleaves of sexual assault despite video showing him grabbing a fleeing naked woman and dragging her to his room twice as a witness said she was shouting, “Help me, help me, help me.”

Feminists have reacted to the case with silence.

Video from the night Mateen Cleaves was accused of sexual assault shows his accuser struggling and pulling away from the ex-MSU star as he attempts to pull her back into a motel room.

[…] The video shows Cleaves grab the woman, who we are not identifying, spin her around and pull her back towards the room she just tried to leave. She resists, bending her knees and trying to pull away.

[…] Colleen Dowdall, a resident of the Knights Inn Motel on September 15, said she witnessed the struggle and testified during Cleaves’ criminal trial.

“She looked at me and she said: ‘Help me, help me, help me.’ And I had the phone in my hand and I told her I’m on the phone right now calling the police,” she said. “I looked Mateen in the eyes, he didn’t say one word.”

13 minutes later, Cleaves accuser is seen on video again, this time running from the former MSU star who can be seen chasing her, then grabbing her with both arms and pulling her back to the room again.

The struggle continues until she ultimately falls to the ground. Seconds later, she is seen trying to pull away again. Once more, Cleaves pulls her back, wrapping both arms around her waist and pulling her back to the room.

“Cleaves’ attorneys maintained during trial that the sex was always consensual and that the video showed him Cleaves trying to protect the partially nude woman when he pulled her back into the room,” WXYZ reported.

I’m sure it’s just a coincidence the national media is completely ignoring this story and the entire feminist movement is silent. I guess they’ve got microaggressions from the “white male patriarchy” to worry about!