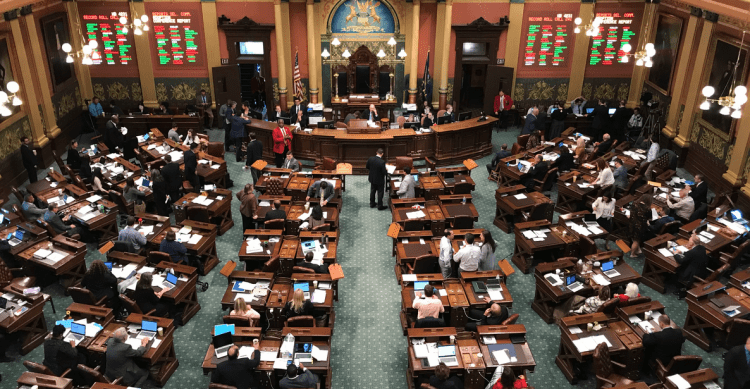 Seems a little too late, but at least they are hearing it. They should have been all over this after decades of voter fraud.

The Republican-led Michigan legislature will hold hearings Saturday to consider fraud claims regarding the presidential election.

“Every single legal vote needs to be counted, regardless of who cast it or who they voted for,” said Michigan House Speaker Lee Chatfield (R-Levering), according to the Daily Journal.

“And then the candidate who wins the most of those votes will win Michigan’s electoral votes, just like it always has been. Nothing about that process will change in 2020,” he continued.

Multiple allegations of election fraud, typos, and glitches were made after the election on Tuesday.

In a statement Friday, state Sen. Ed McBroom (R-Vulcan) wrote, “One candidate seems to be willing to pour gas on every potential fear and doubt about the integrity of the system while the other seems uninterested in some very troubling reports and witness testimony”

My statement on the election turmoil 👇 pic.twitter.com/09zRvztTwO

“We need to let the system we have work through these problems. It will take time and involve lawyers and arguments: that’s ok and has worked before in contested elections,” McBroom noted.

“Apparently, there was a technical glitch in Rochester Hills. And so, I actually ended up winning by a little over 1,100 votes,” Adam Kochenderfer told reporters.

Michigan Republican Party Chairman Laura Cox said in a statement, “The irregularities reported this morning are incredibly troubling, especially given how close the election results are in Michigan.”

“At this point, it is unclear whether or not these issues were caused by incompetence or corruption, but the fact that they exist is of great concern, and the Michigan Republican Party will spare no expense to expose the truth of what happened in [Tuesday’s] election,” she concluded.