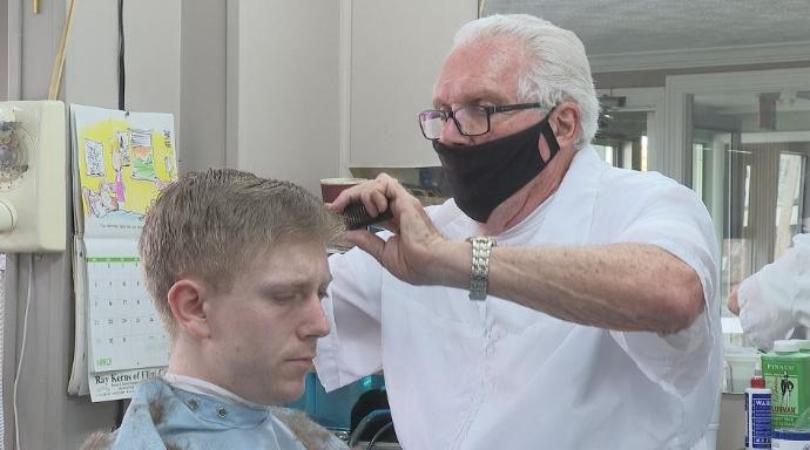 We are seeing militias begin to rise up and do what they are supposed to do: protect the public from the tyranny of the police. In Michigan, a militia group is vowing to protect a barber who refuses to close his shop from the order followers and police tyranny.

Members of an armed Michigan militia say they will stand at the door of a barbershop in Owosso to protect the owner from being arrested for allegedly violating the state’s lockdown order. Karl Manke, who is 77-years-old, opened his shop last week in defiance of Governor Gretchen Whitmer’s order, saying he has “lived under 14 presidents, and this is the worst depression I’ve lived under, and I’m not going to live under it.”

“We are here to make sure he doesn’t get arrested,” Daniel Brewer, a member of the militia, told local media on Saturday. “We’re willing to stand in front of that door and block the entrance so the police will have no entry there today.”

This is what it means to come together with an understanding of who is taking your rights away. More Americans need to stand up and support each other against the brutal police state stomping down on them as governors across the country commit horrendous power grabs that even Adolf Hitler would be jealous of.

If You Want To Be Free, Stop Complying With Tyranny

Manke says he still has rights, even during a scamdemic, saying: “I believe it’s my right to work to make my living, and that’s what I’m going to do.”

The ruling class is incredibly upset that Manke is thinking for himself and refusing to obey their commands. “Mr. Manke’s actions are not a display of harmless civil disobedience,” said Ryan Jarvi, a spokesman for Attorney General Dana Nessel. “His actions are counterproductive to the collective effort businesses and communities everywhere have made to slow the spread of COVID-19, and, by opening the doors to his business, he’s putting the lives of many more Michiganders at risk.”

Manke has been cited twice for civil disobedience and, after his shop was packed with customers over the weekend, he said he has no plans to close.

As situations like this one arise all over the country, it’s time to stand together as Americans and oppose the police state as much as possible. Our children are going to have to live the world currently being molded by the authoritarian ruling class, and it’s not looking like it will be a very bright one if we can’t all reject this outright tyranny.