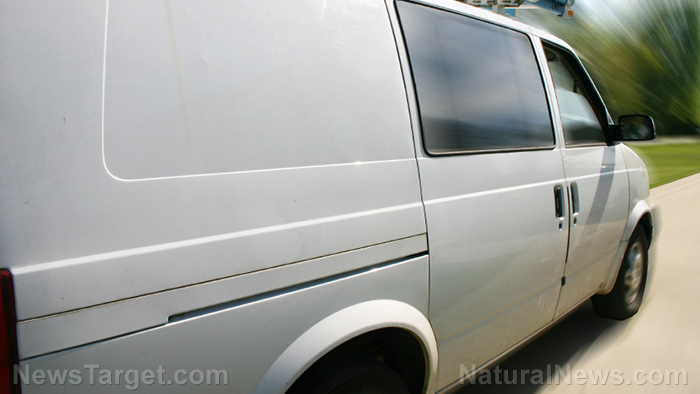 (Natural News) A whistleblower testified before the Michigan State Senate that he witnessed a van filled with votes pull up into the vote tabulation center in Detroit at around 3:30 a.m. on Nov. 4, over seven hours after the deadline for submitting the votes had already passed.

The witness testified that he was there from between 3 to 3:30 a.m. and that he witnessed a white van deliver approximately 50 large boxes filled with ballots. He estimates that at least a thousand ballots could have fit in each of the boxes.

Furthermore, the whistleblower testified that the white van belonged to the office of the city clerk of Detroit, Janice Winfrey. He also said that Winfrey’s name and a number for her office was on there. (Related: Protesters swarm home of Michigan Sec. of State Jocelyn Benson, who ordered deletion of all state election data.)

“There was no accountability. There was no transparency. Nobody knew where these ballots had been. They said they had to be turned in at 8 p.m., they showed up approximately at 3:30 a.m. So, seven to 7.5 hours is a long time for these ballots to be kind of in limbo, not with anyone knowing where they are.”

Michigan certified their election results, including their Electoral College votes for Democratic nominee Joe Biden, on Nov. 23. The Michigan Republican Party immediately filed an emergency lawsuit on Nov. 25 to try and block the results, citing a “systemic adaptation of old-fashioned ballot stuffing” and other claims of election irregularities.

“This case represents well the phrase: ‘this ship has sailed,’” wrote Parker in her dismissal of the lawsuit. “The time has passed to provide most of the relief [the plaintiffs] request in their amended complaint; the remaining relief is beyond the power of any court. For those reasons, this matter is moot.”

“Plaintiffs ask this court to ignore the orderly statutory scheme established to challenge elections and to ignore the will of millions of voters,” added Parker. “This, the court cannot – and will not – do. The people have spoken.”

Much of the GOP’s lawsuit focused on instances of election fraud that occurred at the TCF Center in Detroit. These include the alleged backdating of absentee ballots that were mailed in after the deadline, manually entering ballots submitted by voters who were not registered and workers accepting ballots that did not meet the state’s standards for lawfulness.

The lawsuit argued that all of these schemes manipulated enough votes to manufacture a win for Democratic nominee Joe Biden, and that the ballot stuffing has become sophisticated enough that traces of it have been “rendered virtually invisible” thanks in no small part to voting software created and run by “domestic and foreign actors” for the very purpose of stealing the election.

Listen to this special Situation Update episode of the Health Ranger Report, a podcast by Mike Adams, the Health Ranger, as he talks about how every single ballot submitted after Nov. 3 should be considered null and void.

The Michigan GOP, represented by Republican voters and members of Black Voices for Trump, attempted to take the matter up with the Michigan Supreme Court, which has a four to three conservative Republican majority.

They bring up arguments already made by the Trump campaign to the district court, including one claim of fraud regarding an estimated 355,392 “unsolicited ballots” that they believe were improperly counted. They are asking the court to segregate ballots that were counted but are inconsistent with Michigan election law.

Unfortunately, the highest court in the state has refused to take any kind of action regarding the case.

In a split ruling, with Republican Judge Elizabeth T. Clement siding with the liberal judges, the court refused to order any kind of audit, seizure of ballots or blocking of attempts to certify the presidential election results in the state.

The majority opinion argued that the state’s highest court does not have the power to block the election results, and that entertaining arguments on the matter would only “prolong the uncertainty over the legal status of this election’s outcome,” according to the opinion written by Clement herself.

Clement further argued that the Board of Canvassers has already certified the election, and that the supreme court has no legal authority to investigate potential instances of fraud, only to verify the vote tallies provided to them.

“By closing the courthouse door on these petitioners, the court today denies them any ability to have their claims fully considered by the judiciary,” wrote Viviano in his dissenting opinion.

Viviano is urging lawmakers to take action to finally put an end to the controversies surrounding the recent election.

“To provide our citizens with a coherent, fair and efficient mechanism for adjudicating claims of fraud in the election of presidential electors, I respectfully urge the [Michigan State Legislature] to consider enacting legislation creating such a mechanism.”

Learn more about the legal battles the Trump campaign, as well as Republican volunteers, are conducting in Michigan and in other battleground states against instances of fraud and rigging by reading the articles at VoteFraud.news.