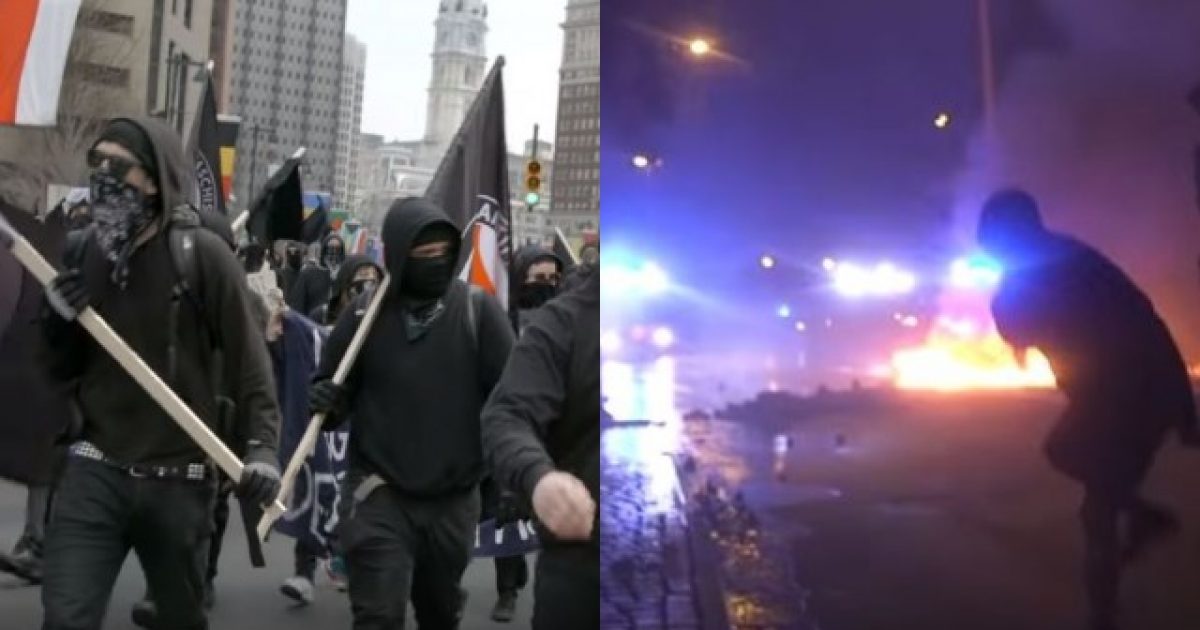 There is an old saying that goes, ‘Be careful what you ask for — you just might get it.’

In the wake of the attack against an ICE detention facility earlier this month by self-described Antifa follower Willem Van Spronsen, Left-wing nut jobs are crawling out of the woodwork to implore others to ‘give their lives’ for the revolution.

The objective seems to be: Create as much chaos and violence as possible to support people who break into our country and then demand all sorts of taxpayer-funded goodies because lunatics in the Democrat Party are promising them left and right.

And if the Left isn’t careful, that’s just what they’re going to do: Spark a destructive, bloody revolution, at least in parts of our country, in which they will lose (their lives) but our country will suffer for decades to come.

The latest idiot is a female ‘transgender’ who calls herself Christopher Szabo. He/she took to YouTube to call for more domestic terrorism against government-run migrant detention facilities in the mold of his/her “hero” Van Spronsen (no, YouTube hasn’t taken the video down because it, too, is run by lunatic Leftists who pine for ‘revolution’ as well, apparently — but let a conservative question, say, transgenderism…and that’s violence!).

Szabo, who announced on Instagram that he/she is undergoing hormone replacement therapy, gave “tribute” to Van Spronsen, who, by the way, attacked an ICE facility in Tacoma, Wash., with firebombs an AR-15, stressed that he/she believes the domestic terrorist is a “hero” before calling for more attacks against the United States government.

“I want to take a moment to give a tribute to Willem Van Spronsen,” said Szabo. “I’m just gonna say it, I think you’re a hero. I don’t care what you say, I think they’re a hero, and if you disagree with me, you’re f**king wrong.

“There are many incidents in history where people have taken radical positions and I have agreed with them, but this is the one time in my lifetime when I have seen someone take a radical stance where they put their life on the line, they fought for something selfless, and they died for it,” Szabo continued.

He/she then goes to the heart of it.

Just. Wow. And we’re supposed to believe that people who want to change their genders don’t have screw loose somewhere?

On his/her YouTube About section, Szabo describes himself/herself as “an anarcho-communist content creator” who wants to “combat white supremacy and capitalism.” On Patreon, Szabo says he/she “is creating funny videos and leftist content.”

What he/she is doing, of course, is advocating for someone else to fight his/her ‘revolution.’ But the problem here is that there are more impressionable idiots out there who, if they ‘hear the call’ enough times, will actually do something stupid.

Then the next idiot will become emboldened. And then next. And before you know it, you have a ‘movement’ of ‘revolutionaries’ who believe they are modern-day incarnations of Frederick Douglas and, yes, John Brown.

They aren’t. They are lawless domestic terrorist-wannabes who are going be responsible for a conflict none of them really understand nor really want when it all comes down to it. Those of us who have actually been to war have seen what it’s like, what it does to countries, and what death looks like up close and personal. I’m guessing little miss thing, Szabo, hasn’t.

The Trump Justice Department has many things on its plate, but this rising tide of Left-wing anarchy is being manifested in increasingly vitriolic terms as well as actual violence. Better to put a stop to the lunacy now than have it escalate and actually lead to the deaths of American citizens. Or worse, get out of hand, at least in portions of the country.