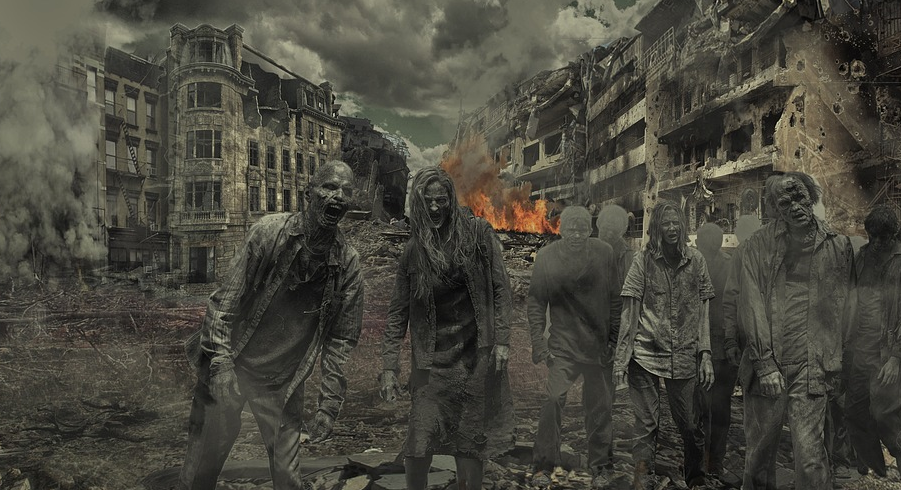 (Natural News) First, it was White people in America calling their Black slaves “sub-human.” They were beaten and tortured and raped. Many got lynched. Then it was Adolf Hitler calling all the Jews he abused, tortured, starved and murdered “sub-human.” He had the Gestapo, S.S. police and guards at the concentration camps refer to them as swine and rodents and roaches. Six million died, many of whom were extinguished like “pests” in the gas chambers. He even had propaganda posters and pamphlets made that glorified genocide and the killing of Jews for “the greater good” of the economy.

After that, came Planned Parenthood and the Demon Democrats calling sub-human all babies in the womb during the third trimester, and on their day of birth – none worthy of human rights, including life itself. They don’t even believe the baby feels pain. They cheered in New York when the law was passed to suffocate babies the day they’re born, even if completely healthy, as long as the parents agree to not want them.

The irony is that, proportionately, it’s mostly Black babies that Planned Parenthood exterminates, treating them like subhumans, but most Black people have no idea. Who cares, right, because they’re subhuman until you get them home from the hospital, according to Planned Parenthood and every Democrat Governor in America.

Now, the Black Lives Matter leader in Toronto truly believes that ALL White people are “sub-human” and have “genetic defects,” so they should all, in the name of Allah, be wiped off the face of the Earth, by any means necessary.

So, while George Soros and Bill Gates are attempting to kill all Black people on Earth by having them support their own death sentences, by rioting in the streets, spreading covid, and killing each other, the BLM leaders think it’s about killing Whitey. Part one of completely destroy America complete.

In fact, old posts on Facebook and other social media (deleted but screenshot saved) by Yusra Khogali, the BLM of Toronto co-founder, say that “white people are a genetic defect of blackness” and “White ppl are recessive genetic defects” that will be wiped out by the humans (Blacks) who have evolved Black genes. She continues her psychotic, conspiracy theory episode by asserting that White peeps have a “higher concentration of enzyme inhibitors which suppresses melanin production” and that’s why all White sub-humans have weaker bones, lower intelligence, and worse vision and hearing skills than Black people.

Then, this more-human-than-human BLM “leader” begs for her God to give her the strength NOT to kill all white people, “Plz Allah give me the strength to not cuss/kill these men and white folks out here today.” That was back in 2016. Could she have killed some of these “sub-humans” and got away with it? Would she even be charged with murder, if she did or does, since Whitey is “sub-human” with totally inferior genes?

Of course, she had to retract it later, where she blamed White police for killing innocent Blacks, just after she admitted she is a trained anti-white Marxist. Let’s think about that again for a moment. She’s proud to be a trained anti-white Marxist and wants to kill all White people and she’s the leader of the terrorist organization that claims to be defending Black people from White cop abuse. That all makes no sense.

She’s prepared to burn down the entire country because all White people are sub-human and deserve to die. You cannot make this stuff up. Watch this:

Tune your internet dial to Preparedness.news and find out how BLM is being funded and weapon-supplied by rich White dudes who want everyone to kill everyone so they can turn America into one huge dictator-led Venezuelan-style police-state nightmare. It’s all about depopulation folks. Wake up and smell the gas chambers burning.