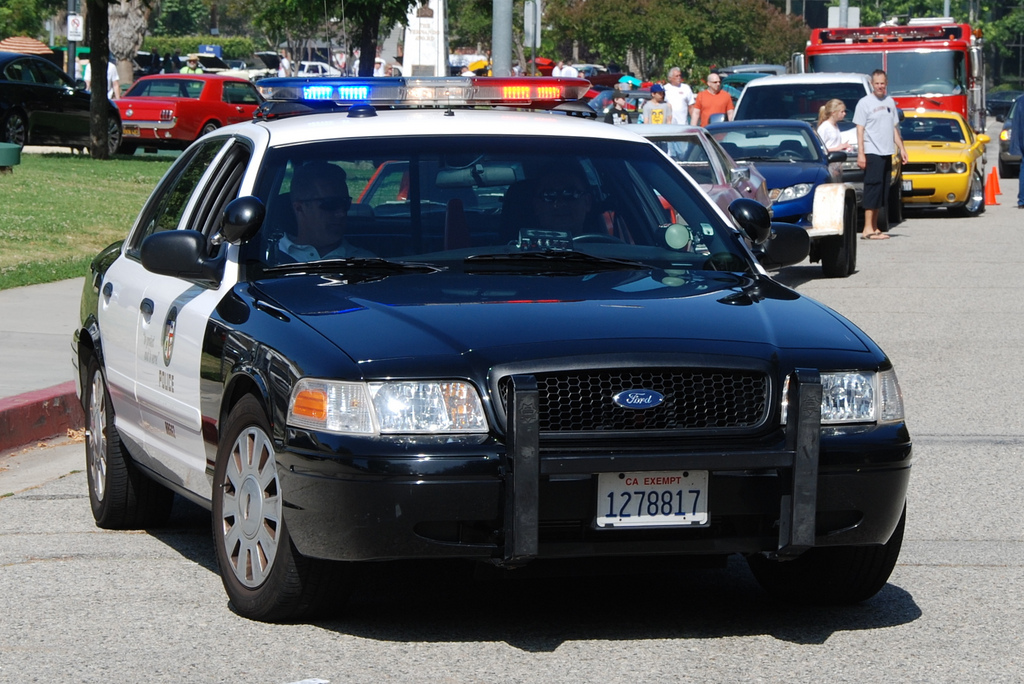 (Natural News) Caving to the pressure of political correctness and identity politics, the Los Angeles City Attorney’s Office has reportedly agreed to drop all criminal charges against a Black Lives Matter leader and social agitator by the name of Melina Abdullah, whose black privilege has afforded her a handy get-out-of-jail-free card.

As explained by The Daily Wire, Abdullah had been facing more than a year in jail for eight misdemeanor counts related to her extensive pattern of unruly behavior during Los Angeles Police Department (LAPD) commission meetings. Abdullah had not only resisted arrest, but she also committed battery against a police officer – a serious offense.

Abdullah is also one of the leaders of a local anti-police extremist group in Los Angeles that’s known for disrupting and shutting down the LAPD’s weekly meetings – in effect interfering with law enforcement’s ability to do their jobs and protect the public.

Not only has Abdullah been a longstanding aggressor against the LAPD, but she’s also quite proud of this “work,” believing it to be for the greater good of brown and black people who hate police officers. And, thanks to her black privilege, she can now continue interfering with the work of the LAPD – something that, if she had white skin, likely already would have resulted in her being charged and subsequently imprisoned.

“We rose up, we said, ‘hell no, these charges are bogus, and they must be dropped,’” Abdullah reportedly stated, following a petition drive in her favor that allegedly garnered more than 11,000 signatures demanding that the City Attorney’s Office drop its case against her. “We said, ‘we ain’t copping no plea; drop these charges.’ As of August, these charges will be dropped,” she added.

According to CBS2 Los Angeles, the charges against Abdullah will only be dropped if she agrees to abide by certain “behavior guidelines” during all future Police Commission meetings, including exiting and not returning to meetings if she’s disruptive and told to leave. Abdullah will reportedly have to abide by said rules for the next six months, or else the charges against her will proceed.

But she’s already stated publicly that she doesn’t plan to abide by the rules, which begs the question: Will she actually be charged, or will the City Attorney’s Office sweep the whole thing under the rug in order to not appear “racist?”

“Under the terms of the agreement, (Douglas) said, LAPD officers must now give verbal warnings to people accused of disrupting commission meetings, and then escort them out of the meeting if they continue to violate those rules,” the Los Angeles Times reported.

“Arrests will only be made if a person continues to refuse a police officer’s orders outside of the meeting, Douglas said.”

But Abdullah sees things differently, having stated that “people who protest inside Police Commission meetings are no longer subject to arrest.” She made further claims that “white supremacist forces” were “working to criminalize Black protest.”

In a follow-up tweet, Abdullah clarified that she would not be abiding by the new LAPD rules for meetings, stating that she “did NOT agree” to “not … disrupt” them.

“In fact, today’s agreement is that I cannot be arrested simply for ‘disrupting.’ I will always stand up for our people, regardless of what the ‘rules’ say,” she added, the “our people” comment referring to other black people like herself who are now openly parading their black privilege as some kind of victory for “equality.”

For more related news about the minority privilege and the double standard that’s developing in our nation’s law enforcement, be sure to check out PoliticalCorrectness.news.