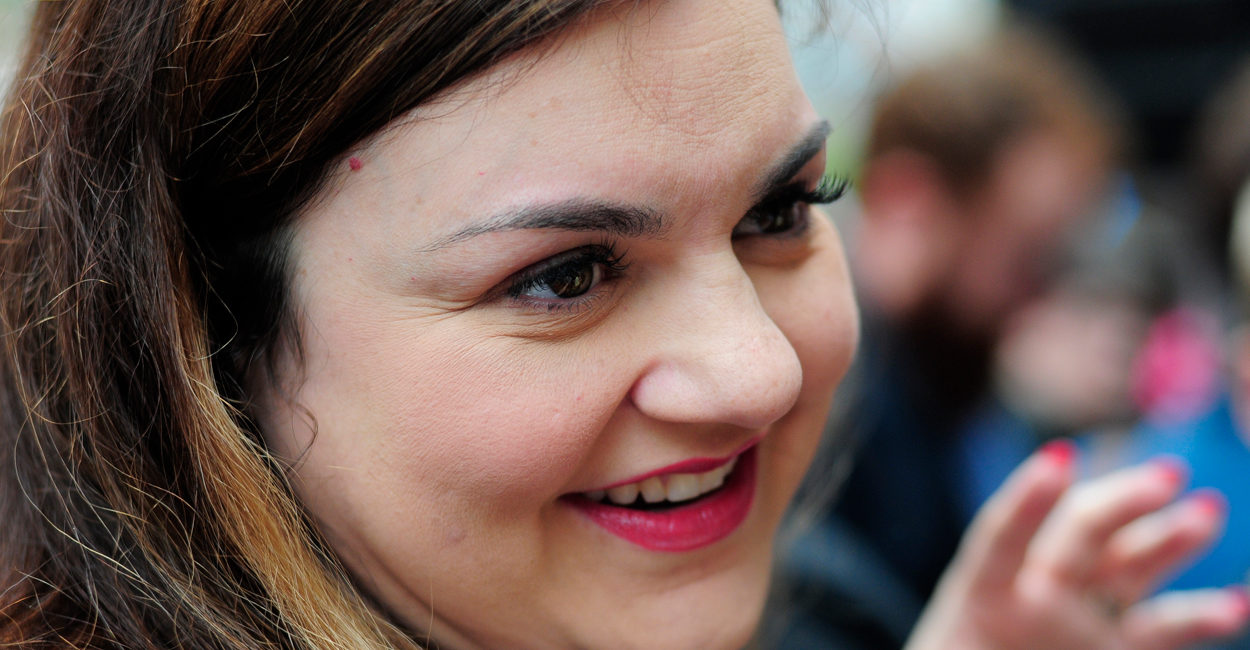 Abby Johnson’s star is growing and growing. The “Unplanned” movie has been an overwhelming hit and exceeded expectations. In a recent interview with Rachel del Guidice of The Daily Signal, Johnson delivered lots of good news about the effects of the movie on the abortion industry it seeks to villainize.

Planned Parenthood has inadvertently pushed its own employees to see the movie through negative propaganda.

Here is a snippet from Rachel’s interview with Abby Johnson that explains why abortion industry workers went to see the movie in the first place:

del Guidice: That’s incredible. You mentioned that some of them are going in as critics. Have any of them mentioned to you—other than wanting to go in as a critic—anything that intrigued them to the film? I’m sure in some cases it was definitely going against their own beliefs to step out and see this film.

It’s been sort of different, different stories there. But yeah, they definitely were instructed not to see the film by Planned Parenthood.

I think that it’s just sort of like that “Do not push that big red button.” And you’re like, “Why don’t you want me to see this? What’s in it that you don’t want me to see?” So I think that was enough to intrigue a lot of people to go and watch this.

If you have children, you might understand what Abby is saying. As soon as you say, “Don’t touch that” it is a pretty good bet that it will eventually be touched. Parenting is tough at times.

Rachel’s interview with Abby was very telling and I want to share one more little snippet before allowing you to listen to the audio:

del Guidice: Wow. Was there a particular scene that they say impacted them to the point of eventually precipitating their choice to leave, or a discussion they had afterward? Was there anything? Or is there a common theme that clinic workers have said really was the turning point for them in the film?

Johnson: Definitely the ultrasound-guided abortions. A lot of them have seen that themselves.

It’s sort of different to remove yourself from what you do every day and to look at it sort of as an outsider, and I think that’s what they were forced to do. And then to see, to hear how everyone else in the theater is impacted by that scene.

One of the gals that contacted us said, “I just … heard everyone gasping and I thought to myself, ‘Oh my gosh, this really isn’t normal, what I’m doing every day. This isn’t normal. I’ve been trained to believe that it is, but it’s not.’”

So I think the reactions of other people was very powerful for them to hear. And I think definitely we’ve heard that the RU-486 abortion scene, my abortion scene, the medication abortion, was very impactful for them. Because a lot of them, they’re hearing stories of women who are coming back and saying, “This is not what you told me would happen. This was terrible.”

I remember recently reading about Abby standing up to KLOVE (Christian radio network) because they had unbelievably refused to accept advertising for the film. She got KLOVE to reverse its decision. What an amazing woman.

Wonderful update!! After meeting again today with one of the movie producers, K-LOVE has decided to promote Unplanned!! We are thrilled!

Thank you to everyone who sent emails encouraging them to promote the film. We are strong together & I’m honored to have K-LOVE on the team!

Miracles happen when people have the courage to stand up for what is right.

We sure could use a lot more Abby Johnson’s in America.

Read Rachel’s article about the interview with Abby Johnson by clicking here.