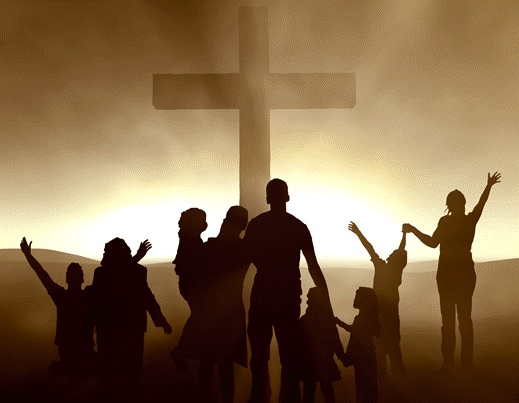 Here is where the people are going to have to start dealing with the new Nazis in the united States.  Yes, I said Nazis because these criminal cops are acting outside the law, intimidating the people of God and trying to steal from them for simply doing something that is a constitutionally protected right they have and which these criminal cops are sworn to uphold.  In Greenville, Mississippi,  a church was merely having a drive-in service in their parking lot when the criminal police department raided them and fined everyone there to the tune of $500… after all, these are agents of the state, and they are essential while the rest of us are considered “non-essential,” right?  So, they gotta pay the bills somehow.

Pastor Arthur Scott told the Todd Starnes Radio Show that he was astonished by the actions of the police department and the mayor’s office.

“One of the police officers said the mayor wanted to make an example of our church,” the pastor said. “I told them to get some more tickets ready because we will be preaching Sunday morning and Sunday night.”

“We’ve been doing it for three weeks,” he said.

But Mayor Errick Simmons and the city council that banned churches from hosting drive-in services.

The City of Greenville put in place an Executive Order that orders all church buildings closed for in person and drive in church services, until the State of Mississippi’s Shelter In Place Executive Order No. 1466 is lifted by Governor Tate Reeves. Churches are strongly encouraged to hold services via Facebook Live, Zoom, Free Conference Call, and any and all other social media, streaming, and telephonic platforms,” the order read.

Scott, who has pastored the small church for 45 years, said that most of the congregation is elderly and they don’t have access to smartphones.

So church leaders decided to rig up a radio frequency where congregants could sit in their cars and listen as the pastor delivered the message from the pulpit. In other words, the church was in compliance with social distancing rules.

“The police officer said I might go to jail,” the elderly pastor said on the radio show. “If it means going to jail and if it takes that for me to keep preaching, I’ll be glad to go to jail.”

The pastor said as many as 25 cars were in the parking lot for the service and everyone was ticketed.

These criminal cops knocked on every window of the car during the service demanding people turn over their driver’s licenses as though they were committing a crime.

“I just can’t believe it,” the pastor told me. “I tried to talk to the mayor. I’ve been here 45 years and I’ve never been to the city council. I’ve never complained. I’ve never stirred up a stink. But I told him I’m going to fight them on this.”

While Starnes finds it disturbing that is was occurring in the Bible Belt state of Mississippi, I don’t find it disturbing at all.

People in the Bible Belt have been thumping their Bibles for years without actually adhering to it.  Just take a look at how many churches have just said, “Yessa Massa” when their criminal governors tell them they can’t be open or that people can’t congregate together, a clear violation of the rights protected and acknowledged in the First Amendment.

The people are going to have to stop this being nice to criminal cops.  We are going to be needing to be armed just as they are whenever we go out and we are also going to need to put our feet down collectively and say, “No, you’re not getting my license and I’m not submitting to your tyranny!”  The people are also going to need to deal with their criminal mayor and oust him from office and deal with him lawfully.

It’s time that people who name the name of God remember the lesson of the apostles when they were told they could not preach in the name of Jesus the Christ.

Then Peter and the other apostles answered and said, We ought to obey God rather than men. -Acts 5:29