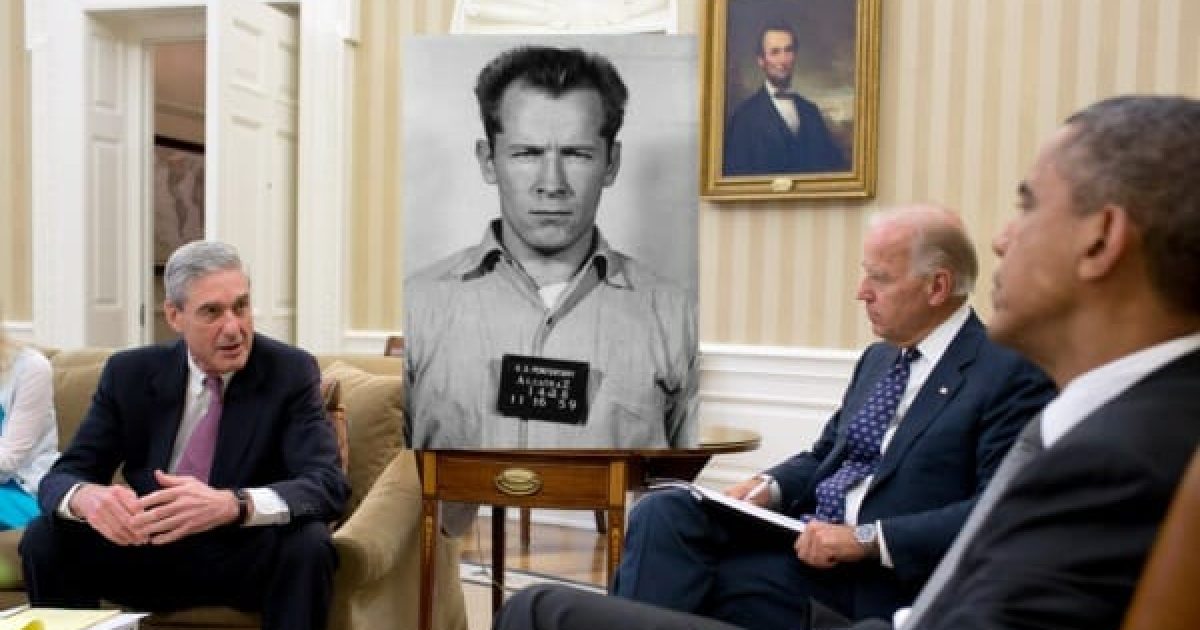 Boston mob boss James ‘Whitey’ Bulger, 89, was murdered by a fellow inmate with ties to the mafia in a West Virginia federal prison shortly after he was transferred there. According to one congressman, Mueller and those serving under him in the FBI aided Bulger in eliminating mob competitors and recently Mueller turned over an alleged scheme to pay off women to fabricate sexual assault allegations against him to the FBI.

The murder occurred outside of the field of vision of security cameras where Bulger was beaten with a lock in a sock and had his eyes gouged out.

The Daily Mail reports on law enforcement sources that confirmed that Bulger was about to out FBI officials of the informant program.

Boston gangster James ‘Whitey’ Bulger Jr. has been killed behind bars shortly after he was transferred to a federal prison in West Virginia. He was 89.

Bulger was found dead overnight on Tuesday at USP Hazelton, a high-security prison with an adjacent minimum security satellite camp in Bruceton Mills.

It emerged in Bulger’s 2013 trial that he had served as an FBI informant as far back as 1975, though he always denied the claim.

Law enforcement sources tell DailyMail.com that Whitey had been talking about outing people in the FBI – people in the top echelon of the informant program.

The sources said he hadn’t even been processed at the West Virginia facility when he was killed. But someone who knew he was being transferred put the word out – the killer had to know he was coming.

According to Rep. Louie Gohmert (R-TX), in a report titled “Robert Mueller Unmasked,” he revealed not only the corruption of Bob Mueller that we already know about, but also his ties to Bulger and them working together to eliminate mob competition. Sound famliar? It was basically what was going on with Operation Fast and Furious in which the Obama administration was arming Mexican drug cartels to eliminate cartel competition.

According to The Boston Globe:

“[Mike] Albano [former Parole Board Member who was threatened by two F.B.I. agents for considering parole for the men imprisoned for a crime they did not commit] was appalled that, later that same year, Mueller was appointed FBI director, because it was Mueller, first as an assistant US attorney then as the acting U.S. attorney in Boston, who wrote letters to the parole and pardons board throughout the 1980s opposing clemency for the four men framed by FBI lies. Of course, Mueller was also in that position while Whitey Bulger was helping the FBI cart off his criminal competitors even as he buried bodies in shallow graves along the Neponset…”

“Mueller was the head of the Criminal Division as Assistant U.S. Attorney, then as Acting U.S. Attorney. I could not find any explanation online by Mueller as to why he insisted on keeping the defendants in prison that FBI agents—in the pocket of Whitey Bulger—had framed for a murder they did not commit. Make no mistake: these were not honorable people he had incarcerated. But it was part of a pattern that eventually became quite clear that Mueller was more concerned with convicting and putting people in jail he disliked, even if they were innocent of the charges, than he was with ferreting out the truth,” Gohmert said.

That last part is not surprising given the latest reports about Bob Mueller’s involvement in framing a veteran for a crime he didn’t commit and having one of his special agent’s perjure himself in an affidavit regarding that incident. And let’s not forget he has a history of deception and questionable conduct, including his aide in covering up 9/11.

These things just don’t happen like this by coincidence.