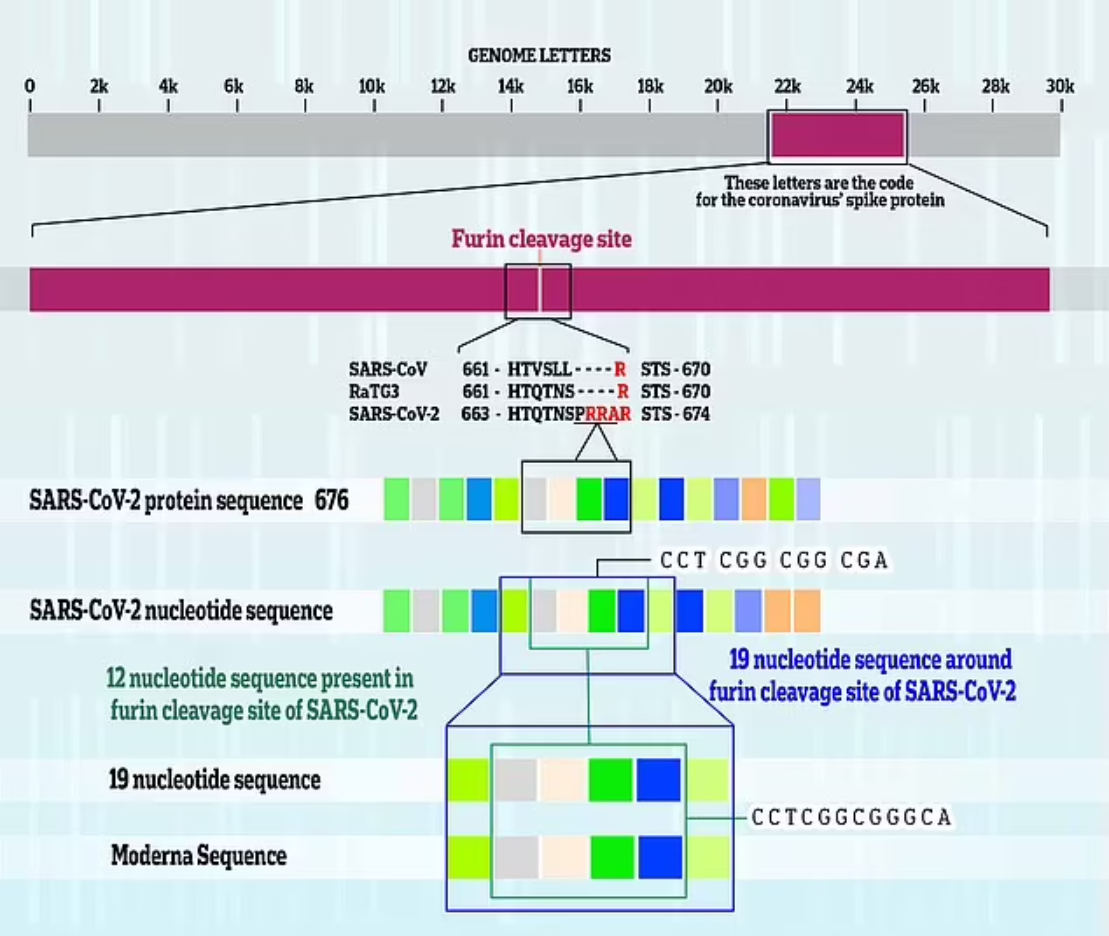 (Natural News) In the quest to uncover the origins for SARS-CoV-2, scientists did not have to look very far. For years, the National Institutes of Health, in cooperation with EcoHealth Alliance and the University of North Carolina conducted gain-of-function research specifically on coronaviruses. Much of this controversial work was off-shored to the Wuhan Institute of Virology in China, due to moratoriums on gain-of-function virology research in the US.

Some of the most notorious authoritarians in public health (Anthony Fauci) were directly involved in funding and overseeing coronavirus research, so it’s rather suspicious, to say the least, that Fauci himself would denounce any laboratory origins of SARS-CoV-2 as “conspiracy theory” as early as March 2020. If anyone should be more transparent, it should be him.

Scientists also did not have to look far to find out that Moderna (one of the covid-19 vaccine profiteers) patented a 19-nucleotide sequence in 2013, that somehow, randomly appeared in the Furin cleavage site of the covid-19 spike protein.

In the leadup to 2020, a little-known biotech company called Moderna was granted up to $100 million from the Bill and Melinda Gates Foundation to develop new vaccine candidates using mRNA technology. From this platform, Moderna received hundreds of millions of dollars in new investments and even secured $1 billion from taxpayers in 2020 (Operation Warp Speed) for research and development into a vaccine for covid-19.

As far back as 2013, Moderna had already filed for a coronavirus patent, containing a 19-nucleotide sequence. This precise nucleotide sequence randomly appeared in the Furin cleavage site of the covid-19 spike protein. The genetic sequences of this spike protein (the alleged causative agent for covid-19) were ultimately used as a basis to develop an experimental mRNA vaccine through none other than — Moderna. The technology was also shared with Pfizer; however, Moderna is currently initiating legal challenges to secure their property rights over their patents on the mRNA and the spike protein sequences. Eventually, Moderna would receive another $1.525 billion from taxpayers, in an agreement that would ship 100 million doses of its mRNA vaccine candidate to pharmacies nationwide.

Scientists from India, Switzerland, Italy and the US published an important paper titled, “MSH3 Homology and Potential Recombination Link to SARS-CoV-2 Furin Cleavage Site.” The 19-nucleotide sequence (patented by Moderna) randomly appeared in the furin cleavage site of the spike protein (SARS-CoV-2). The scientists calculated the random chance of that happening as 1 in 3 trillion!

This precise gene letter sequence was the only nucleotide sequence in SARS-CoV-2 that had more than 3 nucleotides. Its closest natural relative was Bat Coronavirus RaTG13. It was included on the furin cleavage site, which is the part of the spike protein most associated with viral attachment and pathogenic potential. If the coronavirus spike protein was enhanced in a lab, then the furin cleavage site would be the best location to enhance its pathogenic potential. As the genetic evidence shows, Moderna was part of the planning and implementation of covid-19, gain-of-function experimentation, and vaccine profiteering.

Learn more about this bombshell SARS-CoV-2 laboratory origin evidence at The Expose.