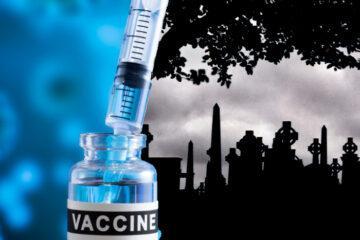 Molecular Biologist Dr. Gina Gold recently spoke to the Dawson Creek City Council in British Columbia concerning the experimental COVID shots. She not only was spot on about pointing out the violation of the Nuremberg Code and laws designed to protect the public from experimentation like this, but she also reiterated what other doctors have also said and that is that among those who have taken the shot, there is expected to be a 15-100% mortality rate.

Take a listen and see what you think.

Of course, Dr. Gold is not the only one speaking like this. Dr. Christina Parks appeared on The Sons of Liberty radio show to voice concern over the fraudulent science and propaganda being used to deceive the public about the nature of these shots.

The Sons of Liberty’s health and wellness expert Kate Shemirani has also warned of the dangers of this shot since before it was released.

Kate Shemirani & Dr. Carrie Madej: Exposing The Vaxx, The Nanobots & The Lies Of The Experimental COVID Injections – It’s Aimed At Our Kids!

She’s not the only one.

Here are several medical professionals from around the world who have warned about the shot.

#AskTheExperts – Doctors, Nurses & Health Care Professionals From Around The World: “The COVID Vaccine Is Neither Safe Nor Effective” (Video)

Dr. Jane Ruby has warned about the shot on The Sons of Liberty radio show.

Former military surgeon and America’s Frontline Doctor Lee Merritt has also appeared on The Sons of Liberty radio show to warn of the deaths that this shot is going to bring about.

Dr. Sherri Tenpenny has also warned numerous times about the amount of deaths we are expected to see in the near future.

How many deaths must be recorded before people come to their senses and acknowledge the new Nazis in Big Pharma and government are continuing to conduct mass genocide not just in the US, but across the earth?

VAERS Whistleblower Speaks Out For Those Harmed By COVID Shots: “These Patients Deserve To Be Heard” (Video)