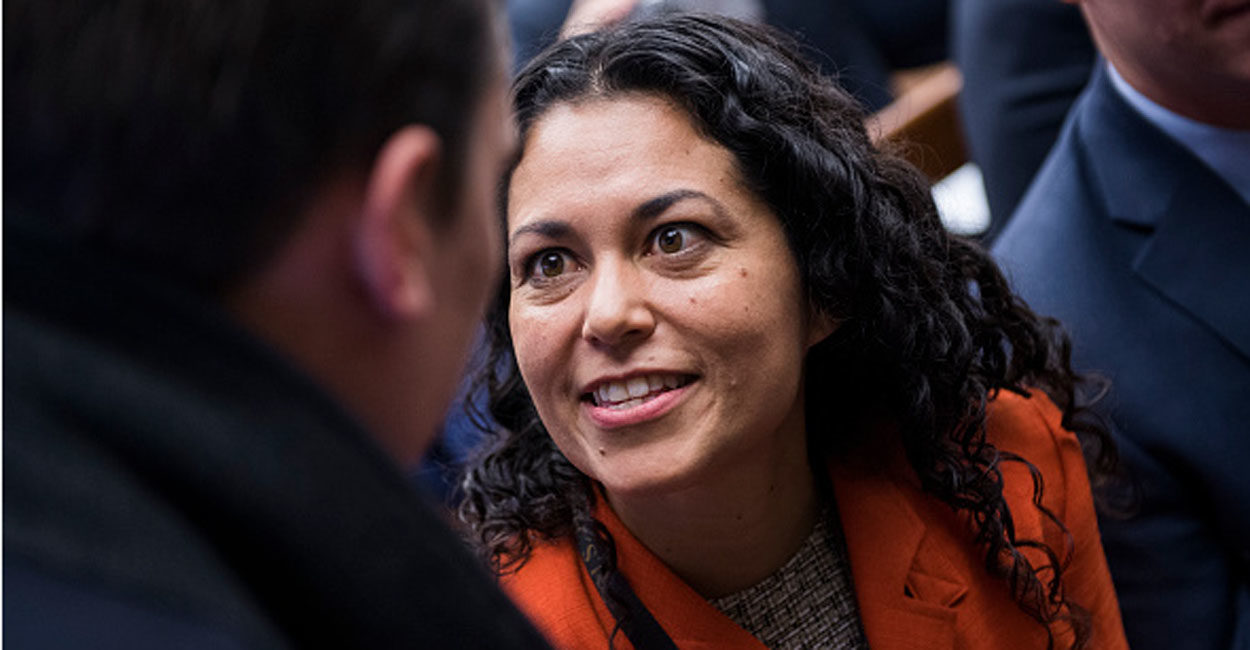 An audit of absentee ballots suggests fraud may have occurred in one of the closest House races in the country, The Daily Signal has learned.

The roughly 3,500-vote victory for Torres Small—out of about 200,000 cast in the southern New Mexico district—relied heavily on absentee ballots from Doña Ana County, the largest county in the district, including the Las Cruces area.

A new audit report obtained by The Daily Signal alleges a “concerted effort” to push for absentee votes where New Mexico voter ID laws are not enforced. It also points to potential fraud in applying for absentee ballots, and says a significant number of absentee ballots were time-stamped after the 7 p.m. deadline election night.

Herrell’s campaign is not contesting the outcome of the 2018 contest, but sought the review based on its concerns that extra votes appeared to pour in.

Torres Small spokeswoman Jennifer Lee did not respond to phone and email inquiries from The Daily Signal for this story.

The House seat has been held by a Republican for all but one term since 1968.

Donald Trump, the Republican nominee for president, won the district by 10 points over Democrat Hillary Clinton in 2016.

On election night, media outlets called the race for Herrell, 54, who has been a member of the New Mexico House of Representatives since 2011.

But well after midnight, Harrison said, the office of New Mexico’s secretary of state informed the Herrell campaign of 4,000 absentee ballots in Doña Ana County still to be counted, which would not have flipped the race to Torres Small, who previously had not held elective office.

However, the state informed the campaign of another 4,000 absentee votes that had been counted but not tabulated, which was enough to change the outcome.

The report says nongovernmental groups “are almost certainly engaging in at best aggressive—and at worst fraudulent—procurement of absentee ballot applications.”

This would have involved an outside group that requested a large quantity of absentee ballots on behalf of others, possibly without their knowledge.

Fully 25 percent of the people who purportedly requested absentee ballots from the Doña Ana County clerk didn’t mail them back, according to the report.

That is more than twice the statewide average for unreturned absentee ballots. To receive an absentee ballot for mailing back, a voter first must send in an application providing a reason why he or she can’t vote in person on Election Day.

“This is suggestive of the possibility that someone was submitting absentee ballot applications for Democrats and those deemed likely to vote for Democrats,” the report says, adding:

Also consistent with potential absentee ballot-application fraud is the apparently high rate of applications rejected for incorrect Voter ID or for submitting duplicate applications, i.e., where the same voter purportedly applies twice for an absentee ballot.

In 2016, a presidential year, 17.5 percent who had absentee ballots from Doña Ana County didn’t mail in the ballots, a percentage almost identical to the statewide rate and slightly above the comparable counties of Bernalillo and Chaves.

However, in 2018, the statewide rate of unreturned ballots was 12.1 percent, and comparable counties were below the statewide average.

“In the 2018 election, there was a concerted effort to encourage absentee voting,” the report says, adding:

The numbers cited above, both with regard to the steep increase in total absentee votes cast as well as the high number of unreturned ballots, cannot be explained any other way. Much of this effort may have been perfectly lawful, but the 25 percent non-return rate indicates such a high rate of ‘unawareness’ on the part of those who supposedly requested the ballots that it is possible there may have been fraud in this area, as well.

Harvesting absentee ballots would be a fourth-degree felony under state law if applications were altered, Harrison said.

The legal case against mass procurement of absentee ballot applications could depend on whether forgery occurred, said Hans von Spakovsky, manager of the Election Law Reform Initiative at The Heritage Foundation

“It depends on whether the organizations [filled out applications] themselves and forged the signatures of the voters, or did they go to the voters and say, ‘Would you like an absentee ballot?’, and help them with that,” von Spakovsky told The Daily Signal.

Sometimes, absentee voter fraud is easy to spot, he said.

“If on Election Day, a candidate wins 60-40, but all the absentee ballots are 90 percent for the loser, that doesn’t make any sense,” said von Spakovsky, a former Justice Department lawyer. “Absentee ballots usually have the same proportion as votes on Election Day. If they don’t, that’s a possible clue that something may have been done.”

The report also found that 577 absentee ballots in the New Mexico race were time-stamped after the 7 p.m. deadline.

“We do have strong concerns about those ballots. The statute is clear: No ballots may be accepted after the deadline,” Harrison said.

The report cites some instances of unusual addresses for absentee voters, noting:

—5 envelopes that provided a registration address that did not match the absentee register.

—49 envelopes with no registration address provided.

—23 envelopes with a P.O. Box provided instead of a registration address.

Regarding the state’s voter ID law, the report contends that “there is no convincing basis … to exempt absentee ballots from the same requirements that are mandatory for all other methods of voting.”

Previously, New Mexico required the signature of a witness as well as the voter on an absentee ballot. However, in 1993, the state Legislature passed a law removing that requirement.

The report notes that as a result, absentee ballots need only the voter’s signature.

“Today, however, the name, address, and year of birth fields are the Voter ID, and it makes no sense not to verify that information, as is required for every other type of voting,” the report says. “The removal of the second signature eliminated the crucial element in confirming the voter was who he or she claimed to be, but replaced it with the new ID standard.”

Neither the New Mexico Secretary of State’s Office, which oversees elections, nor the Doña Ana County Clerk’s Office responded to inquiries about the situation.

“We do not require photo ID in New Mexico, but we do require voters to provide their name, address, and year of birth,” Harrison said, adding:

This law was ignored with the absentee ballots in Doña Ana County. More generally, if absentee voting is going to be converted from a backstop form of voting for out-of-town or bedridden voters to something that independent groups try to promote through mail and on-the-ground canvassing, then there frankly needs to be more attention given to security—and more attention given to the operation of those groups.