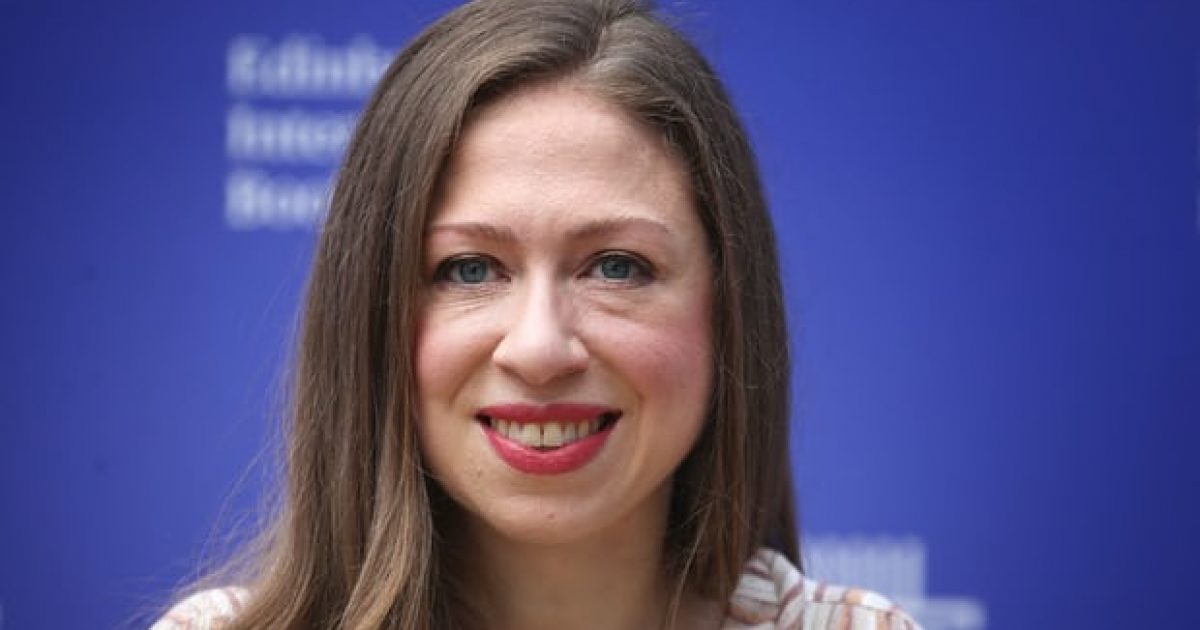 Clintons have been known to lie practically every time their mouths open. It’s in the genes literally, as in a sin nature. Chelsea Clinton seems to have inherited it too, and the latest news is that she has not ruled out seeking political office.

Chelsea was just 12 when her father entered the White House. She has grown up hearing of the corruption and moral deviancy of her father and mother all her life.

In an interview published by The Guardian, Clinton would not rule out a run for public office one day, but saying it was a “definite no now” but a “definite maybe” in the future.

“At federal level, as much as I abhor so much of what President Trump is doing, I have a great amount of gratitude for what my congresswoman and my senators are doing to try to stop him at every point,” Clinton said.

“While I disagree with the president … I think my family … is being really well represented. But if that were to change, if my city councillor were to retire, if my congresswoman were to retire, my senators, and I thought that I could make a positive impact, then I think I would really have to ask my answer to that question [of whether to run for office].

Clinton was also asked about how her mother, Hillary, had handled the loss of the 2016 presidential election.

“She just has continued to persist forward in trying to have a positive impact in politics and outside politics in the way that I have seen her do my entire life,” she said.

“Of course it’s not the way I wish she would be doing that because I think she would’ve been a uniquely extraordinary president, but I’m not remotely surprised that she hasn’t pulled the covers over her head because that’s just not who my mom is.”

She added: “I’m outraged every day by something our president has done or said or left undone or neglected, or who he has recently bullied on Twitter or television.

“For me, sometimes, I think I’m just so fundamentally my mother’s daughter that I’m far more outraged by the Trump administration ripping children away from their families at the border and not having reunified those children with their families now for months, than I am about anything he has ever done to my families.”

She continued: “In some ways I think this is the greatest sin of the moment in our country and we very much are doing everything we can to stop this from happening.”

On the bright side, she did take up for Barron Trump, understanding what it is like to be the child of a president and facing comments by politicians and the media.

“I feel incredibly protective of Barron Trump, who is now 12 years old, the same age that I was,” she said. “I disagree with his father on everything but people have made fun of him [Barron], bullied him, for his appearance, or for him being more private. Equally, I have no patience for that because he’s a child and he deserves a childhood as every child does.”

While I can appreciate that sentiment, Clinton is no stranger to the corruption of her parents and an anti-American attitude.

Remember the sense of joy she exhibited following the death of Supreme Court Justice Antonin Scalia and her claims that now that he was out of the way they could advance there agenda and gut the Second Amendment?

Perhaps you recall how she used money from the Clinton Foundation to pay for her extravagant $3 million wedding.

Or what about her “best friend” Jacqueline Newmyer, the president of a company called the Long Term Strategy Group (LTSG), has over the last 10 years received numerous Department of Defense (DOD) contracts worth $11 million from a secretive think tank called Office of Net Assessment (ONA)?

Chelsea also has her mother’s scorn when it comes to the women who have accused her father of rape and sexual assault.

While she seems to have some bright spots, it appears they have not kept her from being corrupted by her parents and others she surrounds herself with.

As far as her comments about President Trump, The Political Insider comments:

Chelsea hates President Trump, yet has been totally ineffective at actually mounting a verbal assault on the King of Putdowns. Every attempt she’s had in trying to be witty and biting over Twitter has been a disaster.

She was even caught posting fake news on the platform, a faux pas she constantly accuses Republicans of committing.

If Chelsea is trying to be the liberal equivalent of Trump, firing off zingers over Twitter, she’s failing miserably. Her social media presence is pathetic, and her only notoriety is being the daughter of a popular-but-philandering president and a failed presidential candidate.

So, yes, go ahead, Chelsea, please run for political office. After watching your mother get humiliated on Election Night 2016, we’d all welcome the chance to see another Clinton get clobbered.

Yes, I would love to see those bearing the ideologies of the Clintons continually demolished on the national stage. Wouldn’t you?