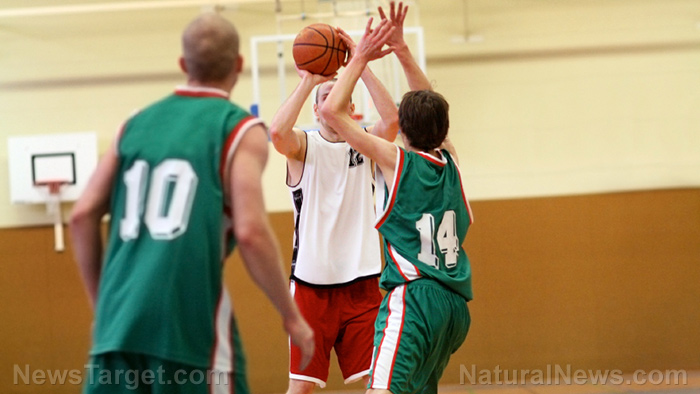 (Natural News) Two more young men, both of them strong athletes, dropped dead while playing basketball this past week.

The one incident occurred in east Texas while the other occurred in a suburb of Chicago. Both of them were nearly identical in circumstance, though, with the athletes first collapsing mid-game before later dying.

In Alto, Tex., the young man’s name was D. Mumphrey. Last year, he was voted the District 22-2A Newcomer of the Year. This month just prior to his untimely death, Mumphrey was nominated for the Dave Campbell’s Mr. Texas Basketball Player of the Week award.

The Alto Independent School District issued a statement about why it had chosen not to release the name of the student, claiming it had to do with “respect for the family” and “student privacy obligations.”

“During the coming days and weeks, we will provide our students, staff, and community the support needed to process this tragedy,” the district further revealed.

It turns out that a relative identified Mumphrey to the Tyler Morning Telegraph, though, which is how his identity is now known.

“All of the Alto ISD sends its deepest condolences to the student’s family,” the district further announced, explaining that grief counselors and local pastors would be available on-site at Alto High School.

“Please keep our community in your prayers.”

How many more children need to die from covid “vaccines” before they stop going into arms?

In Illinois, it was 17-year-old Cameran Wheatley of Bremen High School who collapsed in the middle of a game against Chicago High School for Agricultural Sciences.

The incident there occurred around 9:20 p.m., and Chicago Fire said it took EMS just five minutes to respond to the gym and perform CPR on the boy before transporting him to Christ Hospital where he was pronounced dead.

“That’s tragic as I don’t know what,” said parent Marcus Morris following the incident. “I wouldn’t think anything like that would happen at a high school to anyone that young.”

Another parent, Letscia Ferreira, said she feels “so sorry for the family.”

In a statement, Bremen High School principal Dr. Dave Kibelkis said that he and other staff members at the school are “extremely saddened by the loss of our student-athlete.”

“He has been a great role-model in every sense and he will be missed. Our thoughts and prayers are with his family, teammates, friends, and all those who had the pleasure of knowing him.”

While neither of these two boys’ vaccination status was publicly revealed, chances are they both took the jabs. And sadly, many other athletes just like them that we know for a fact were jabbed died in much the same way, including unexpectedly.

It appears as though fully jabbed athletes tend to just be playing their sports as normal when suddenly something happens to their bodies. They then collapse in the middle of a pass or a shot and later die, sometimes almost immediately.

“It was a covincidence,” someone wrote about these two latest incidents. “He had a rare case of vaccinitis.”

“Demand a forensic pathological investigation not performed by the state coroner, but by a private forensic pathologist,” suggested another about how parents can take matters into their own hands. “These are CRIMES AGAINST HUMANITY! Fauci et al. are 21st century NAZIS!”

“One question: What’s with schools believing that they should provide ‘grief counselors’ for the students?” asked another. “Shouldn’t that be for the families or churches to extend the counseling to their own kids? Who is paying for the school’s ‘grief counselors?’”

“Grief counseling, brought to you by Pfizer ™?,” responded someone else.

More of the latest news about Wuhan coronavirus (Covid-19) “vaccine” deaths can be found at Genocide.news.