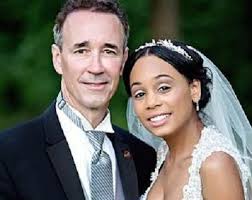 There is much talk of the Blue Sweep in Virginia, but maybe the biggest election story happened on the State level and is being under reported.

Our readers may remember Joe Morrissey who was reelected to a state seat in 2015 WHILE HE WAS IN PRISON for engaging in a relationship with a minor.

The people of Virginia have now, again, elected him to the state senate and it wasn’t even close.

RICHMOND, Va. (WSET) — A former Virginia lawmaker who made headlines after being accused of having sex with his teenage secretary has won a Senate seat.

He faced off against Independent Waylin Ross and got more than 60 percent of the votes.

Morrissey was jailed four years ago after the sex scandal involving his secretary, who Morrissey later married. The couple now has three children.

Notice there was no Republican on the ballot.

Does it make it any less of a crime that Morrissey has now married his underage secretary and started a family with her?

There is a huge age gap.

He sounds like a dirty old man to me.

Flashing back, this story was very bizarre back in 2015, because he was actually serving his elected position while imprisoned.

A Virginia lawmaker has won re-election to his seat in the state’s House of Delegates – even though he is serving a six-month jail sentence following accusations that he had sex with his 17-year-old secretary.

Joseph Morrissey, 57, won re-election on Tuesday. He ran as an independent in the race for the Richmond-area seat, earning 42 percent of the 6,720 votes cast. His Democratic and Republican challengers received 33 and 24 percent, respectively, according to the Richmond Times-Dispatch.

A member of the Virginia House of Delegates, who can still show up to work at the State Capitol, despite currently serving jail time after engaging in a relationship with a minor, has now voted against a ban on “obscene materials” in state prisons.

Virginia Del. Joseph Morrissey was prosecuted for a misdemeanor charge and is currently in the middle of a six-month jail sentence following accusations that he had sex with his 17-year-old receptionist. However, through a work-release program, he can still vote on state legislation over a 12-hour period.

Morrissey said he could have easily voted for the ban to “avoid the childish comments and the petty jeers or sneers,” according to the Richmond Times-Dispatch.

Instead, on Wednesday, he voted against the measure that aims to keep pornography out of state prisons, just as it is banned in federal prisons. The bill easily passed by an 86 to 13 vote.

It’s amazing he made it out alive with no “reading” material in prison.

Morrissey is now 62 years old and has a 21-year-old wife and 3 children.

I wonder if his kids will grow up calling him Grandpa instead of Dad.

Morrissey did something that we send 18 year old kids to prison for and Virginians thought nothing of it.

They just keep electing him.

So don’t worry about Virginia turning blue on Tuesday America.

Joe Biden needs to take his clown act there and become Governor, because there is no way he can beat Trump.

He could win Virginia, or at the very least he could dominate Morrissey’s district.