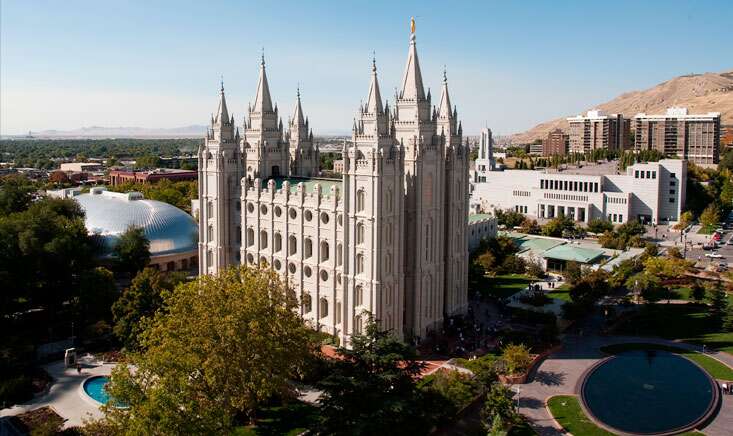 If there is a contest–I can tell you who I’m cheering for!

Here is a question: Does polygamy produce more children than monogamy? Will someone with several wives have more kids…is that the purpose? Most American families limit their number of offspring. There has been a significant drop in children born to anglo married couples. We know that the Muslims intend to outproduce us and take over the country–maybe Mormon polygamy is the answer.

Like a boomerang–Mormon religious practice now includes polygamy (again)–or soon may if the Utah House follows suit with the Senate’s vote. Won’t the Muslims be ecstatic! Another male-dominated religion strutting its stuff in the face of the pussyhat brigade.

The following from Reuters

London Billboard Depicts Our First Lady as a Tramp

The bill, which would treat the offense of plural marriage as a simple infraction on par with a parking ticket, now moves to the Utah House of Representatives, where it is likely to face greater resistance.

The bill swiftly cleared the Republican-controlled Senate on a vote of 29-0 with little discussion.

Under current law, polygamy – typically involving a man who cohabitates with and purports to marry more than one wife – is classified as a third-degree felony, punishable by up to five years in prison.

A man with several wives might, at times, be tempted to turn himself in for a little rest. I’m just wondering if they draw straws for conjugal visits!

If the Senate bill becomes law, punishments for plural marriage would be limited to fines of up to $750 and community service.

A guy supporting several wives would have a hard time working community service into his schedule! Why don’t they sell polygamy credits like they want to do with carbon emissions!

However, fraudulent bigamy – in which an individual obtains licenses to marry more than one spouse without their knowledge, or seeks to wed someone underage without her consent – remains a felony.

It’s good to know you actually have to be there when someone marries you, and it can’t be on lunch break from middle school.

The chief sponsor of the measure, Senator Deirdre Henderson, said the intent of the bill is not to legalize polygamy but to lower the penalties so those from polygamous communities who are victims of crimes can come forward without fear of being prosecuted themselves.

Translation: It is about legalizing polygamy but we can’t say that.

“Proponents of this bill attempt to piggyback on the success of the gay rights movement by promoting the narrative that this initiative is about consenting adults doing what they will,” the anti-polygamy group Sound Choices Coalition said in a statement. “This has nothing to do about consenting adults or gay rights. It’s all about weaponizing God.”

I’m seeing a future with rainbow sunglasses and hippie colonies. How far back are we going to go? I might have to find my copy of “On the Road” by Kerouac.

Florida: 6yo Girl Taken From School by Police Without Parents’ Consent, Held in Facility for 48 Hours for Tantrum

For the rest of the article go here