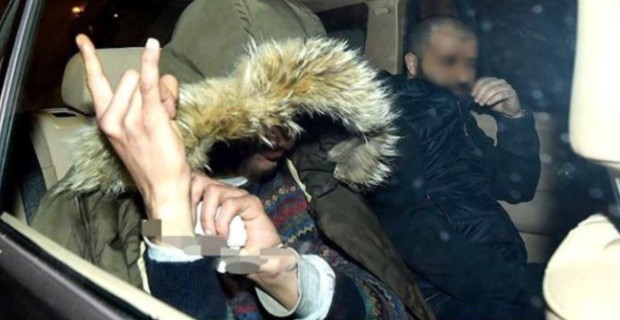 A 27-year-old Moroccan migrant confessed to the murder of 33-year-old Italian Stefano Leo, saying that he killed Leo because “he looked happy”.

Said Mechaout slit Leo’s throat during a brutal attack on 23 February of this year in Turin.

He later told authorities that Leo’s pleasant demeanor had been the only trigger needed for the murder.

“I am the murderer of Stefano Leo. I have to turn myself in,” said Mechaout. “I feel hunted by the Carabinieri. I don’t want to commit other crimes. Among all the people who were passing, I chose to kill this young man because he looked happy. And I chose to kill his happiness.”

Leo (pictured above) probably “looked happy” because he had recently returned from spending two years with a Hare Krishna community in Australia and described himself as a “pacifist”.

The killer said he decided to kill someone that morning and emphasized that he specifically targeted Leo because of his smiling face.

“I decided I would have to kill someone,” said Mechaout. “I went to buy a set of knives, then threw away all but the sharpest. Then I went to Murazzi and waited. When I saw that guy I decided I couldn’t bear his happy look.”

“I saw him, he looked at me and I thought that he should suffer like me. I cut his throat with my knife,” he added.

Quite how Mechaout was ‘suffering’ is unknown. Perhaps he took Leo’s smiling face as a racist microaggression.

Around 8% of all illegal immigrants living in Italy are Moroccan. More Moroccans have arrived in Europe since the “refugee” wave accelerated four years ago.

Last year, two female Scandinavian hikers were raped and beheaded by ISIS followers in Morocco. One of the girls had previously posted a video on her Facebook page protesting against “Islamophobia”.