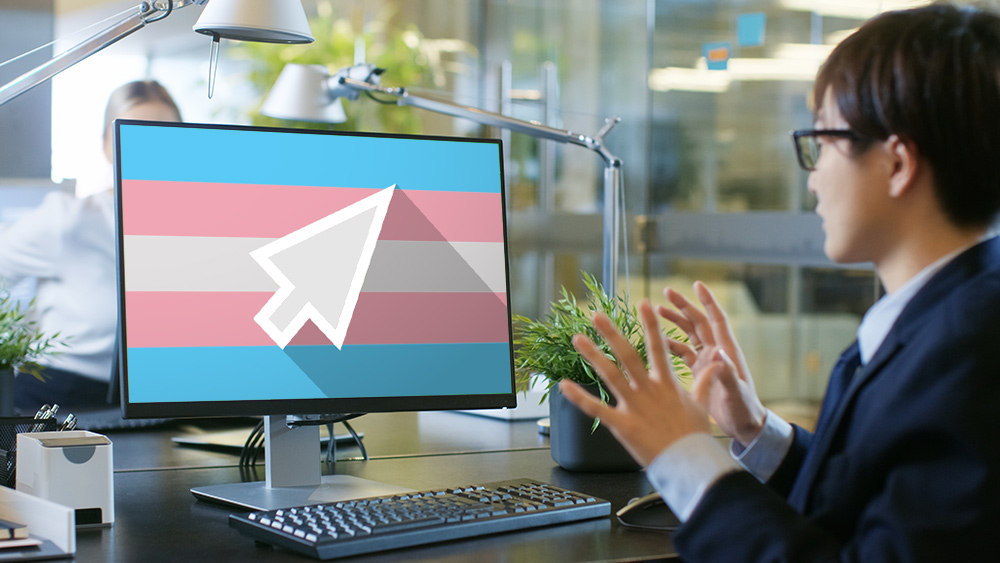 (Natural News) In a recent essay published to the substack “Parents with Inconvenient Truths about Trans,” one mother describes how her daughter and her friend group have all simultaneously decided that they are transgender.

“My teenage daughter has decided that she is ‘trans’. So have all her friends. Not some of them. Not most of them. Every. Single. One,” the mother begins.

She said that her daughter had never heard of the word trans, nor did she have any signs of gender dysphoria, until she was moved “to a new, cool trans-friendly school by her unsuspecting, politically liberal parents.”

It was at this school that the mother said her daughter met a group of “geeky, smart, slightly (but not very) gender nonconforming, artsy kids.”

“As I understand it, they all discovered ‘trans’ together. The old ‘cis’ friends were swiftly discarded in favour of this exciting new peer group,” she wrote.

She said her daughter and her friends explored “trans stuff” online and found its “source of great interest and excitement.”

The mother continued on to say that the gender identities complete with their own flags, Neo-pronouns, computer names, colored hair were “too delicious to resist” and “all part of the fun.”

“Mocking the outgroup (in this case so-called “cis” people in general and the dreaded TERFs in particular) is also good for a laugh—especially if they happen to be your parents as well,” she wrote.

While conceding that bonding with friends and searching for their identity and place in life is normal developmental tasks for teens, and that youth subcultures tend to come along with the territory, detrimental subcultures require “sensible adults: to intervene.

“Not in the case of trans. Here we have adults steering kids down a dangerous path, which involves permanent, life altering drugs and surgeries for which there is no good evidence base,” she wrote.

She continued on to state that for many of these kids, LGBTQ is just that, a youth subculture. Recent surveys reportedly found that 39 percent of young adults between the ages of 18-24 identified as such, and “the figure for teens <18 may well be even higher.”

“Another poll, which looked only at gender, found that nearly 10 percent of US high schoolers identified as ‘gender diverse.’ Yet another survey gives a lower figure of 1.8 percent. Whichever figure is correct, this is a huge explosion in numbers over a very short period of time,” she said, citing a Pittsburg and CDC study, respectively.

“As endocrinologist Dr Will Malone asks; ‘How do we reconcile these numbers with 2013 data reporting the prevalence of adult gender dysphoria to be a rare 2-14 in 100,000?’” she wrote. “Social contagion and the development of a new youth subculture, that’s how.”

The mother continued on to note that even gender clinicians have become alarmed about “the epidemic of trans identification among youth.”

Citing the National Academy of Medicine in France, the mother wrote: “this epidemic-like phenomenon manifests itself in the emergence of cases or even clusters of cases in the adolescents’ immediate surroundings,” referring to the skyrocketing cases of gender dysphoria.

The academy added: “.. there is no test to distinguish between persisting gender dysphoria and transient adolescent dysphoria,” and noted that parents “should remain vigilant regarding the addictive role of excessive engagement with social media.”

The mother continued on to say that “This new subculture could have been quite harmless,” citing androgynous icons like Annie Lennox and David Bowie.

She added though that these icons were not telling their followers and fans that they were born in the wrong body, and that they need to alter their bodies with hormones or surgeries.

“This is where things have gone very, very wrong. Various groups of adults (ranging from the merely unhelpful to the frankly predatory) are deeply involved with promoting the medicalization of these young people who are exploring their identities in a totally age appropriate way, and have turned this into the biggest medical scandal in living memory,” the mother wrote.

“The adults are not just missing in action on this one, they are the driving force behind the damage,” she said.

The mother noted that some adults are encouraging “trans identifying youth to present the self harm of permanent bodily modifications as being ‘cool,’” citing the “Gender Cool Project, which highlights 21 “champions” under the age of 20 that are transgender.

She said that the profiles of these “champions” reveals that several of them have “been utilized by the adults around them to undertake public activism since they were under ten years old.”

The mother continued on to state that programs and groups like that and “Minus 18” have these adolescents attempting to tell adults, and licensed health professionals, that they know best what they want for their bodies. It was shortly before this that the mother noted that the human brain isn’t considered fully formed until the age of 25.

“Like the “Gender Cool” adolescents, the young people in the video are also offering to educate adults (health professionals in fact), who may perhaps be misinformed about trans identities and need to understand that young people (supposedly) have the right to access medical transition on demand,” the mother stated.

“Adolescents have always thought they were smarter than the oldies. It seems to be a healthy, normal part of differentiating and developing into a mature adult. However, the adults are not supposed to throw up their hands, decline to set any boundaries, and agree with them. This approach seems very unlikely to end well,” she said.

The mother noted though that she means no disrespect towards those that identify as transgender, and that “It is simply my opinion that they are being gravely wronged by the adults encouraging their behavior, who should be guiding them to embrace their gender nonconformity, learn to love their natural bodies, and fight for acceptance in every sphere of their lives WITHOUT permanently harming their bodies.”

She said she worries about how these teens and children will feel down the line in the future, after they have undergone gender surgeries and hormone usage, and are left with infertility and have side effects.

“I don’t know quite how we got here—but this needs to stop. The adults need to start behaving like adults and let the kids be kids. We should let them explore their identities without pushing them towards drugs and surgeries, so they can grow up with healthy intact bodies, loving themselves as they are,” she wrote.