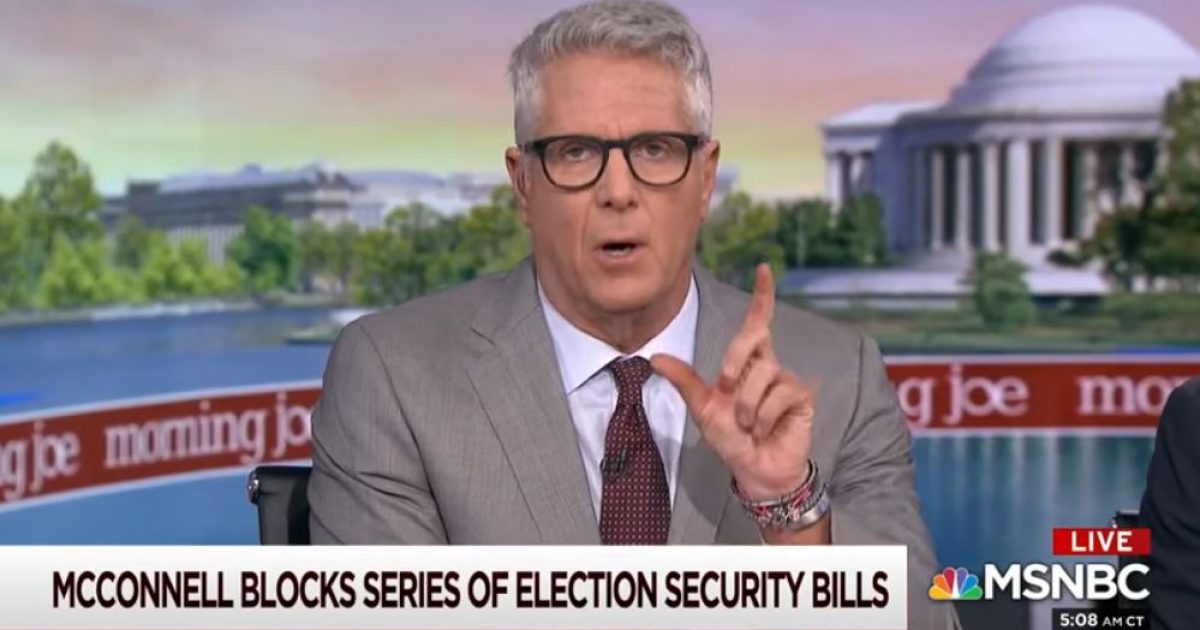 While appearing on Friday’s edition of MSNBC’s “Morning Joe,” unhinged liberal propagandist Donny Deutsch told Joe Scarborough that Democrats should operate as though they are at war and need to put “un-indicted criminal Trump” in jail in order to win in 2020.

“We may not have won the battle of impeachment, but we’re going to win the war of putting him in jail whatever we have to do and we’re not going to necessarily play fair,” he said. “For all the intellectuals out there whose hair is going to go on fire, ‘But we’re becoming like them. We’re becoming like them,’ we cannot lose the next election. We will go back 50 years.”

It apparently doesn’t matter that Trump hasn’t been found guilty of any criminal activity.

This isn’t the first time Deutsch has gone bananas on air, as we’ve reported here, here, here and here.

According to Deutsch, Trump supporters need to be “outed” as “Nazis,” liberals need to mount a violent revolution, and Trump is going to spark a civil war.

In fact, it is unhinged whack-jobs like Deutsch who are deliberately pushing America to the brink of a second bloody civil war.