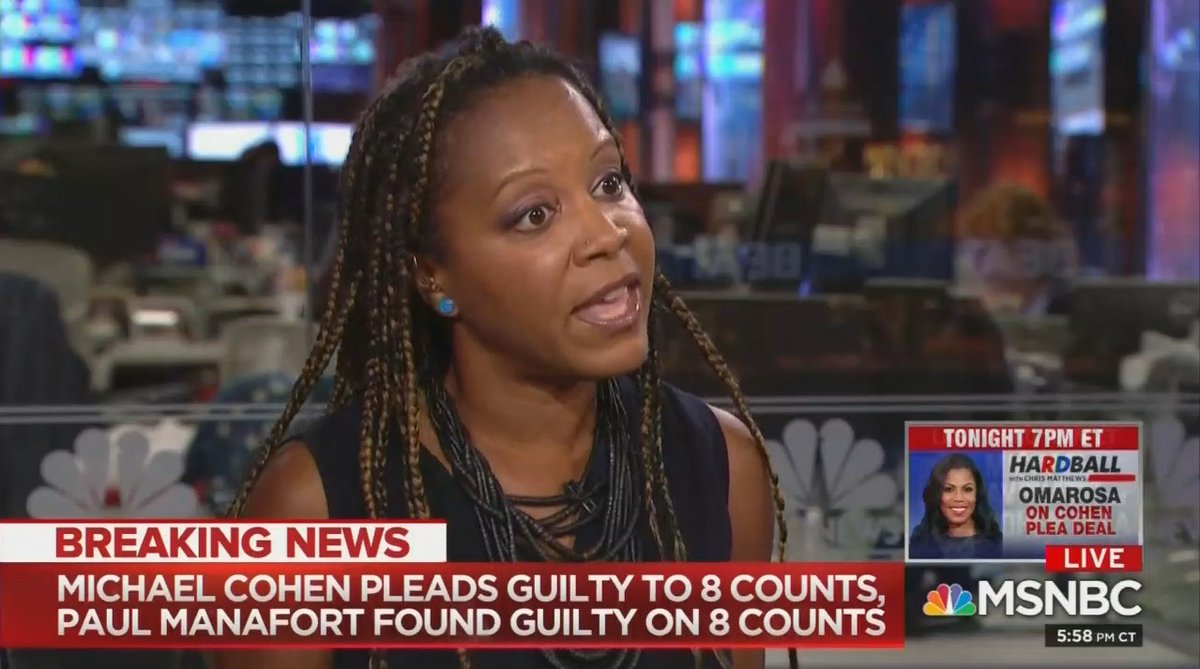 The late Mollie Tibbetts is just some “girl in Iowa” that “Fox News is talking about,” at least according to MSNBC regular Christina Greer.

Appearing on MSNBC’s The Beat early Tuesday night, frequent MSNBC guest and Fordham University professor Christina Greer smeared the memory of late University of Iowa student Mollie Tibbetts as “a girl in Iowa” that “Fox News is talking about” instead of going all-in on the plea deal for Michael Cohen and the verdict in the Paul Manafort trial.

Both legal stories dominated Fox News Channel programming on Tuesday with multiple segments every hour, but that didn’t stop Greer from making that sweeping generalization and trivializing the death of a young college student allegedly at the hands of an illegal alien from Mexico.

I’ve been ringing the alarm on this show for months now, the separation of powers is not working because the Republican has not stood up to this president not once. So, even if there is a guilty verdict from Manafort. Even though Cohen has turned himself in. Eight counts here, eight counts there. I still think that they have been so willing to move the goal post every single time with this President. No matter what he says, no matter what he does, right? The fact that he was sworn in as President after the Access Hollywood tape let me know for a fact that the Republican Party is actually not working on behalf of the American people. They are working on behalf of President Trump and he’s been able to bully them into their silence and I don’t think today changes as much, unfortunately. I’m sure we’ll hear what he has to say about this at his — his rally, but Fox News is talking about, you know, a girl in Iowa and not this, right? And, tomorrow morning, we know he’ll wake up and tweet and sort of, you know, besmirch the reputation of Michael Cohen and all the people around him and then go back to Mueller. And this is, obviously, gonna boil down to Hillary Clinton and Barack Obama.

Trump said Tuesday night during a rally in West Virginia that her death “never should have happened” and criticized congress’s lax immigration laws.