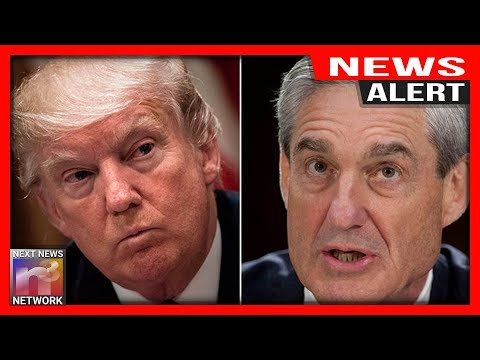 Mueller lied, that’s not a shock nor is it news to anyone, however…

…the fact that they have some more concrete proof is very big news.

Let’s let Jim Hoft fill in some of the juicy details:

According to Mr. Mifsud’s attorneys their client was working for the CIA and was NOT a Russian operative as reported by the Mueller witch hunt team of liars.

Maria Bartiromo: We know that there were informants thrown at certain Trump campaign people, like George Papadopoulos. George Papadopoulos was on this show and he told me directly on this show that Mifsud was the guy they wanted him to meet in Italy… That is the individual who told him that Russia has emails on Hillary Clinton. Why is that important, John?

John Solomon: Well, I interviewed Mr. Mifsud’s lawyer the other day, Stefan Rowe, and he told me and also provided me some deposition evidence to both Congress and myself that his client was being directed and long worked with Western intelligence. And he was being directed specifically, he was asked to connect George Papadopoulos to Russia, meaning it was an operation, some form of intelligence operation. That was the lawyer’s own words for this. If that’s the case that means the flash point the started that whole investigation was in fact manufactured from the beginning.

This is a HUGE development. ROBERT MUELLER and his band of angry Democrats lied in their final report on operative Joseph Mifsud.

Mifsud was NOT a Russian operative as the Mueller report claimed he was.
Mifsud worked for Western intelligence — and now his attorney has confirmed this!

“…the flash point that started that whole investigation was in fact manufactured from the beginning.”

Haven’t Trump and his people been saying this all along?

Mueller is an evil clown:

Indeed, Robert Mueller needs to be investigated as do many of his accomplices.

Will Bill Barr actually be able to bring justice to Mueller?

We’d be happy with Clapper or Brennan too.

This was one of the biggest BS, totally manufactured, political witch-hunts in American history.

We hold our breath, but exhale occasionally because we know that history is not on the side of justice being brought to people like these.

Still we hope that this is the time that history is rewritten.