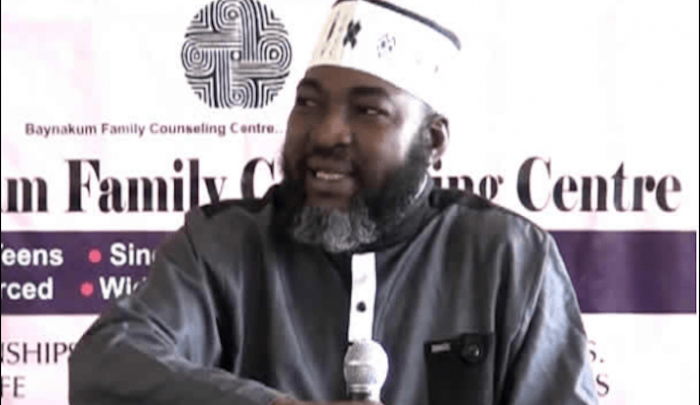 In Islam, women are commodities, mere possessions, and are bought and sold by men. They move from being possessions of their fathers to possessions of their husbands by means of forced marriage, which is in many areas of the Islamic world the norm, not the exception. They can be beaten for any perceived infraction, and the perpetrator will suffer no consequences. After all this abuse, they are supposed to be abjectly grateful, as Ustaz Abdulfattah Adeyemi assumes here. This is a form of mind control, designed to confuse women and prevent them from realizing their situation and rebelling.

“Your husband is meant to be shared with other women – Muslim cleric,” by Agunbiade Sanya, Lailas News, December 17, 2018 (thanks to The Religion of Peace):

Renowned Islamic scholar and founder of Baynakum Family Counseling Centre, Ustaz Abdulfattah Adeyemi, has told women that their husbands are meant to be shared with other women.

The cleric said this in a paper entitled: “Charity, a path to Jannah,” which he presented in Abuja during the inauguration of Sisters of Jannah, a Muslim women’s charity organisation.

Charging women to be magnanimous in sharing their husbands, Ustaz admonished them “not to deny their husbands polygamy,” but should only pray that the husbands treat all equally in any action taken.

He regretted that some married women were “so over-protective” of their husbands, thereby denying the men their wishes of having more wives, describing such as “ungodly.”

Ustaz also said the over-protective tendencies of some women towards their husbands had made many men to devise “smart means” of engaging in illegal relationships outside their matrimonial homes, advising that the trend must stop.

He urged housewives to “stop being unnecessarily jealous of their husbands’ relationships outside.”

According to him, the faithfulness of men can only be known after their death, saying some men father children outside their marriages, only for their secrets to be uncovered after their death.

He blamed wives for the men’s actions.

“If you want your husband 100 per cent, then you are a thief; you are going beyond the 25 per cent that is yours; the remaining 75 per cent belongs to other ladies.

“Don’t think that because you are wives, other women should not share your husbands.

“Men are not stupid, the men are even becoming smart. It’s until when some die that you know how many children they have.

“I am not saying that is what happens every time; but if you think you are too smart, men are smarter.

“You have never been a man before in your life, you can’t imagine what goes through in the minds of men. Let us fear Allah, as much as possible.

“If Allah makes it easy for you, if they ask you to shift, please shift a little so that somebody else can also sit down.

“The man may be doing it for the sake of Allah, don’t let him regret it.”

Ustaz said women were the reasons most polygamous homes fail, saying they should have a change of heart.

“Whenever you see polygamy that is not successful, it is because of a woman.

“It is women that are the enemies of women. If the man is trying to be just, it is the other woman that will go and enter him and turn his head the other way. You will be going North and he will be going South.

“It is two women that are both diabolical because of a man. We men are the Angels that Allah sends to help women.”…