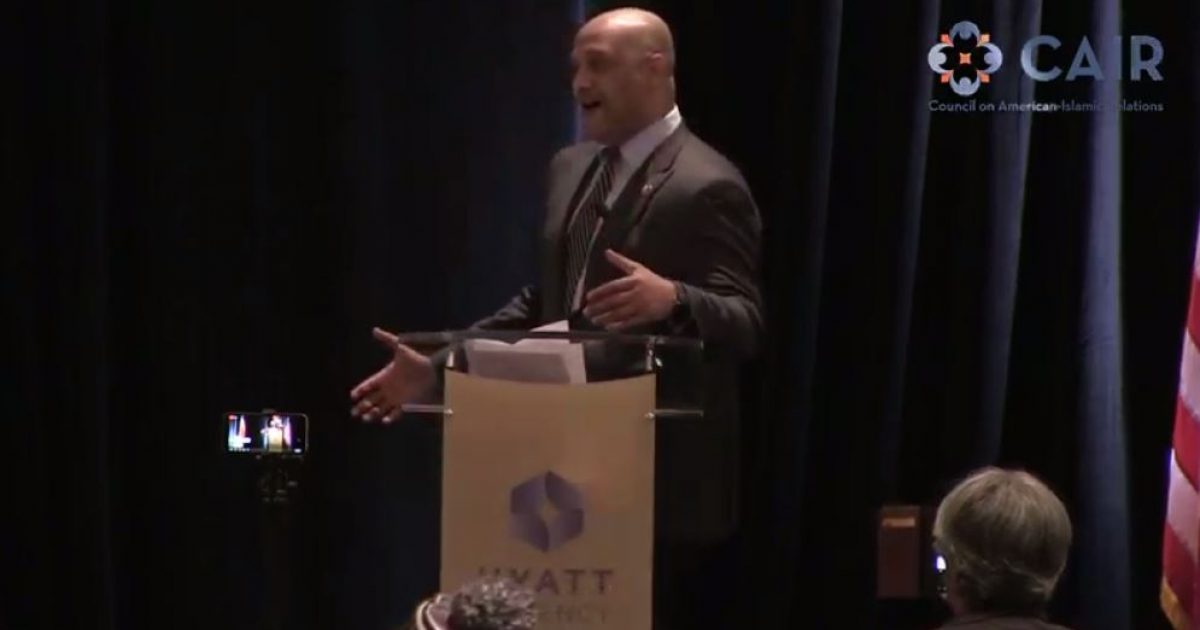 While addressing a “Community Congressional Reception” hosted by the Council on American-Islamic Relations (CAIR) on Thursday, Rep. André Carson, D-Ind., predicted there could be “about 30, 35 Muslims in Congress” and possibly a Muslim president or vice president by 2030, the Daily Caller reported.

Carson not only celebrated the election of Muslim Representatives Ilhan Omar and Rashida Tlaib, he compared their arrival to superheroes coming “out of nowhere” to fill the shoes held by former Rep. Keith Ellison, who was selected by voters to be Minnesota’s attorney general.

According to the Daily Caller, Carson told the group:

Voters across the country showed up and showed out. They did so much that they elected our brother, Superman Keith Ellison, to be attorney general. Yeah. They left Batman and I felt all alone. And then all of a sudden I looked in the sky and saw Wonder Woman come out of nowhere. And then I looked on the other side and I saw Storm from the X-Men come out of nowhere. And we’ve got firepower in Congress. We’ve got sister Rashida [Tlaib] in the House, and she’s tough. She’s the kind of sister you take to a debate with scholars with you, because she’ll rock the house. She’s also the kind of sister you take with you if you’re about to get jumped, because she’ll fight too. That sister’s tough. Love her dearly.

He had much more to say:

Tlaib, by the way, came under fire after making anti-Semitic statements and more than 116,000 people signed a White House petition demanding she be removed from the House for her profane attack against President Trump.

The Daily Caller posted the entire 46-minute video. Carson’s speech begins at about the 8:40 mark: