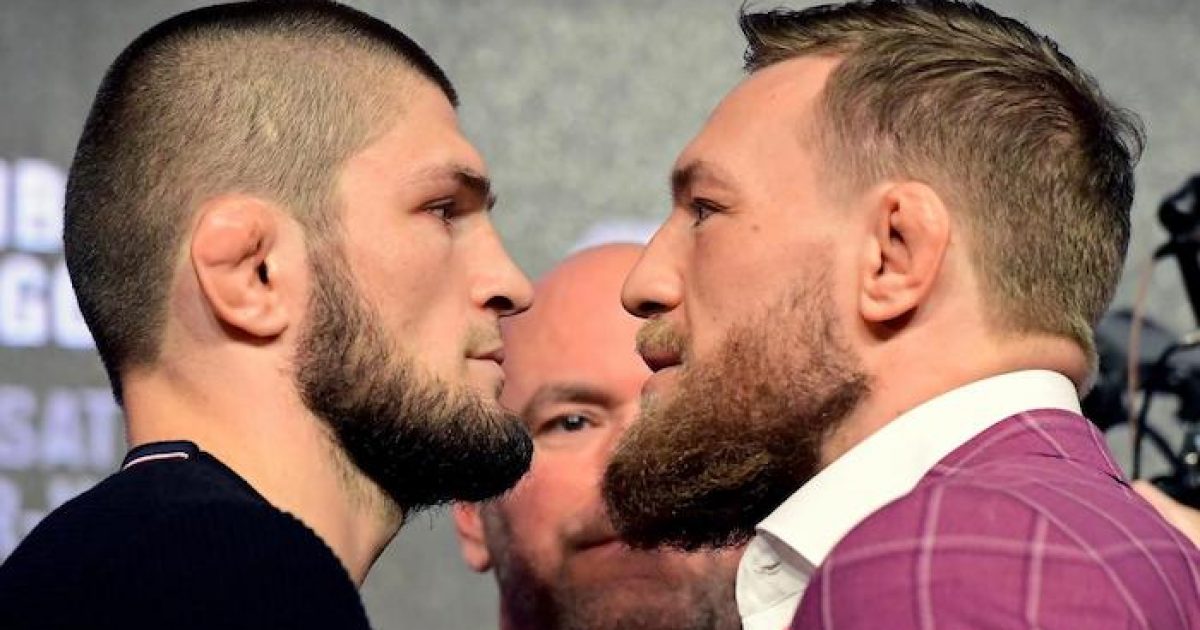 Khabib Nurmagomedov’s not-so-veiled threat would not be tolerated from anyone but a Muslim.

When a Muslim says such things, however, the establishment media turns a blind eye and resumes hunting for incidents of “Islamophobia.”

“Khabib warns McGregor he isn’t ‘safe’ after insulting Islam, Conor says he wants to move forward with fans of ‘all faiths,’” by Milan Ordoñez, Bloody Elbow, April 4, 2019 (thanks to The Religion of Peace):

A little over a week ago, Conor McGregor was announcing his retirement from “the sport formally known as Mixed Martial Art.” Theories were formulated as to why “The Notorious” came up with the decision, but many of his fellow fighters refuse to take him seriously.

McGregor has been active on Twitter as of late, hurling insults at rival Khabib Nurmagomedov. The trade of tirades had gone severe, that even UFC president Dana White commented on how the rift between the two had already escalated to a level that is unacceptable.

Khabib went on social media to warn McGregor about his statements towards Islam.

@TheNotoriousMMA If you think that insulting entire religion you be safe, you are mistaken.

On Wednesday night, the Irish fighter once again posted an attention-grabbing tweet, this time seemingly backtracking on previous insults on religion…