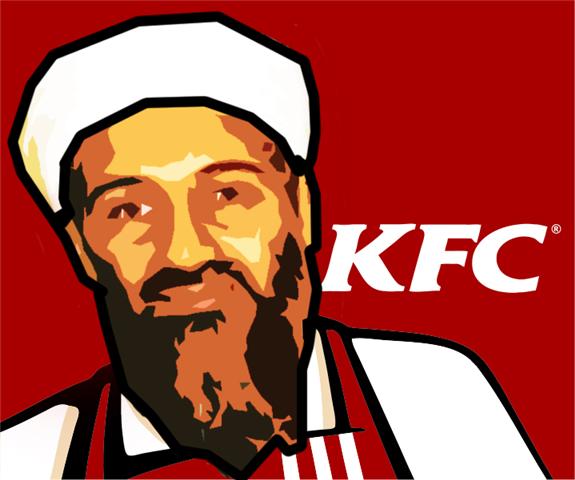 Colonel Sanders is rolling over in his grave.

But, so far, KFC is holding the line on the latest absurd Muslim demand that all of society bow to their religious beliefs.

This story is from Frontline News:

Kentucky Fried Chicken is a highly successful chain restaurant. They have been around for decades. And they won’t be leaving. But the legal dispute they are caught up in is threatening that. More importantly, it is over some of the most absurd nonsense that will make your stomach turn.

A group of Muslim believers is campaigning for Kentucky Fried Chicken to shut down their businesses if they do not serve halal food. It is a movement that is gaining a lot of support in New Zealand all thanks to a Facebook and social media campaign. They have gained over 2,000 likes in a little over a month and their support continues to grow.

The US Herald reported,

“The movement is being led by Syeda Fouzia, who said the process of delivering halal food ‘is not that difficult.’ ‘We’ve had some criticism, but having halal certification will only mean more people will be able to eat at KFC. It won’t affect non-Muslims,’ UK-born Ms. Fouzia told reporters.

However what seems to be missing in all of this is KFC’s iconic branding within the fast food industry and whether it might actually affect its business model around the world, in that the entire concept of KFC is its branding persona of it’s carefully guarded “top-secret” original recipe which includes a blend of 11 herbs and spices.

However, Ms. Fouzia has gained a lot of support online asking why the simple transition can’t be made to include “halal KFC?” “Just like to point out KFC is a multi-national fast food corporation, it has about as much cultural bearing on New Zealander’s way of life as Tacobell,” one person said.

But not everyone was having it from the bully Muslims:

Fortunately, KFC has no intention of caving in to the demands of these pushy Muslims. ‘We appreciate their request, however, the issues relating to us being able to certify halal product for customers remain,’ said a KFC a spokesperson. ‘We have no plans to re-introduce halal in New Zealand.’ Well, there you have it. Nice job KFC!”

Read it all at Frontline News…

Islam is not typically a religion that likes to yield to and accept life around them.

They can demand whatever they want.

If they ruin The Colonel’s Secret Recipe this chicken-lover might pull out a little jihad of my own.

Fear my wrath if you mess with my chicken Habib.