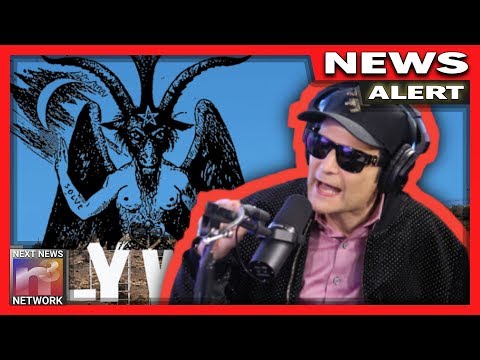 Gary Franchi from Next News Network sat down with Corey Feldman on Friday for a lengthy interview.

The interview is broken down into several segments to highlight certain topics.

I’ll just post the interview segments here and then follow with some more commentary on the release of Corey’s new film.

Corey Feldman EXPOSES the Dark Side’s Plan to Silence Him

Thanks Corey and Gary, that is some very powerful stuff.

Too busy to watch them all? I’d suggest that you bookmark this page and watch all of those videos when you can.

I first reported on Corey’s new documentary on February 16.

Corey Feldman is Finally Ready to Name Hollywood Pedophiles During Livestream: “(My) Truth: The Rape of 2 Coreys”

Imagine Netflix turning anything down for being too dangerous or controversial.

It just depends on who the controversy offends, and Netflix has decided to pass on “”(My) Truth: The Rape of 2 Coreys”.

Actor Corey Feldman has announced that he will be naming Hollywood pedophiles in an upcoming livestream documentary about his experience as a child actor.

Feldman will also address the alleged abuse late actor Corey Haim suffered at the hands of the same purported pedophiles.

The actor released the trailer for the documentary — “(My) Truth: The Rape of 2 Coreys” — on Tuesday.

The film is set to be aired one time via livestream on March 9. Tickets go on sale on Feb. 22. Movieweb reports that Feldman said Netflix declined to distribute the film because it is “too dangerous.”

In the newly released trailer, Feldman can be seen speaking to an interviewer about the 911 call he placed to report the alleged sexual abuse.

Feldman looks apprehensive as the interviewer pulls up audio footage of what appears to be the 911 call on a cell phone, which he prepares to play for Feldman.

In 2007, both Feldman and Haim appeared on a reality show called “The 2 Coreys,” during which the two opened up about the alleged abuse they suffered at the hands of Hollywood pedophiles. During the show, Feldman promised Haim — who battled a long drug addiction — that he would expose their abusers if Haim died before the two were able to do it together.

Haim passed away in 2010 following a bout of pneumonia.

In 2013, Feldman released best-selling book “Coreyography,” in which he discussed the alleged abuse. Due to legal reasons, he was not able to name the abusers in the book.

In 2016, Feldman told The Hollywood Reporter that one of his alleged abusers is still working in the entertainment business.

“We’ve run into each other many times but no, I’ve never confronted him,” Feldman said at the time.

Have you ever considered this?

Harvey Weinstein has been in the news recently with the beginning of his rape trial.

Weinstein is accused of raping an adult.

These Hollywood pedophile stories are arguably worse than even Weinstein’s worst, though I don’t doubt he may have dabbled with children as well.

I happen to believe him and hope he makes a large dent in this problem before something happens to him.

Remember, something almost did.

I’d ask that you lift up your prayers to support Feldman.

Exposing these people is crucial but also very dangerous.

Let’s hope he’s not planning on naming anyone with Clinton contacts.