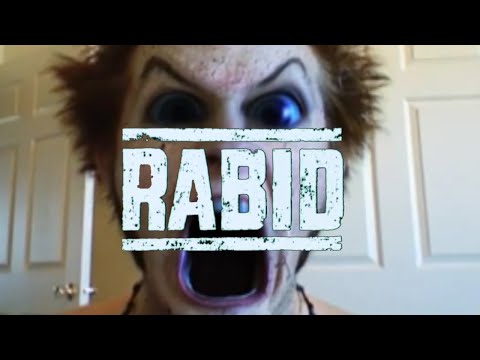 Who knew David Cronenberg’s Rabid would turn into a real-life documentary?

It begins with Trump Derangement Syndrome (TDS) and then quickly develops into Rabid Radical Liberalism (RRL). Those who become infected spread the disease and turn into bloodthirsty zombies wreaking havoc and chaos throughout liberal-infested cities across America. Pray it doesn’t happen to you.

People literally try to kill themselves because they can’t handle Trump?

Let’s see what Psychology Today has to say:

What does DSM-5 say about “Trump Derangement Syndrome”?

Mental illnesses are officially classified in a dense and dry book published by the American Psychiatric Association (APA) known as the Diagnostic and Statistical Manual of Mental Disorders, Fifth Edition (DSM-5). This book contains 947 pages and lists hundreds of mental disorders; TDS is nowhere to be seen. Similarly, a review of scholarly databases such as MEDLINE and Google Scholar reveal no academic papers on this alleged syndrome. Officially at least, TDS is not a real, diagnosable, or treatable mental disorder.

That said, medical anthropologists and critical sociologists have convincingly argued that DSM-5 is a flawed document. Indeed, social scientists have long recognized that there are numerous “folk categories” of mental disorders that are considered real conditions by the general public, even though they are not recognized as such in the DSM. These include categories such as “burnout” or “nervous breakdown.”

So even the immortal Psychology Today is recognizing that libtards could really be flipping their lids over President Trump.

They recognize it so much that they dare challenge the experts of their “industry.”

If Psychology today hints that TDS is real, it’s real.

A man named Bernie Bolha writes of a cure in a Letter to the Editor last month:

Over the years, various plagues, diseases and destructive physical ailments have invaded our nation from beyond our borders. One that is homebred and has been incorporated into America within the past few years is TDS – Trump derangement syndrome.

This particular mental abnormality can readily be distinguished by the look in a person’s eyes, the bedazzled look on their face and the mental incapability to relate in a civilized nature. Example: Nancy Pelosi and Adam Schiff.

This can lead to anger instability, thus anger-management classes and potential hypertension treatment. Furthermore, the hatred it extrudes can cause one to violently protest, say things that are truly offensive and untruthful, and display immature messages on bumper stickers and properties.

Although this particular mental anomaly is enamored with perplexities, all can be resolved with simply accepting President Donald Trump as the victor of the 2016 presidential election. You won’t even need a doctor or prescription drugs.

May the winds of Trump be at your back, the glowing red MAGA hat decorate your head and the common sense of Trump’s conservative intelligence fill the depths of your heart.

You really can be rescued from the dreaded Trump derangement syndrome.

Or maybe she will find the time, with her busy Talk Show and Twitter-commenting schedule, to at least watch RABID when the full movie is released.