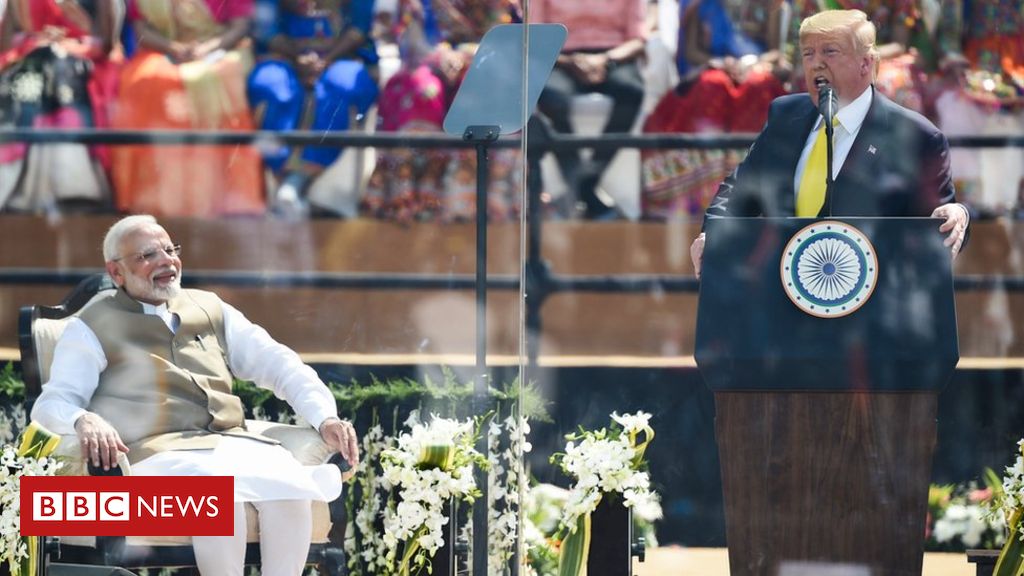 You have to see this short video.

American liberals and socialists do not.

NEW DELHI — President Trump arrived in India for his first official visit to the world’s largest democracy, kicking off a whirlwind 36-hour tour Monday with a mega-rally that drew about 100,000 people and a visit to India’s iconic Taj Mahal.

The Taj Mahal, built in the 17th century by an Indian emperor as a tomb for his beloved wife, was buffed and scrubbed before Trump and the first lady took a private sunset tour. Trump, who was visiting the monument for the first time, told reporters that it was “incredible, truly incredible.”

Trump’s brief visit will be long on pageantry and symbolism but relatively short on substance. The two countries face stubborn tensions over trade even as they continue to deepen their security cooperation. At the rally, Trump touted a $3 billion defense deal with India.

Meanwhile, the government of Prime Minister Narendra Modi has faced considerable international criticism — including from members of Congress — over its crackdown in Kashmir and the passage of a controversial religion-based citizenship bill that has triggered protests across the country. In the run-up to the trip, a senior White House official said Trump would raise the issue of religious freedom with Modi in private.

Arriving at the airport in the western city of Ahmedabad, Trump was greeted by Modi, whom he has described as a good friend. The two leaders appeared together at a rally in Houston last year.

On Monday, the two leaders traveled from the airport to an ashram on the banks of the Sabarmati River where Mohandas Gandhi, India’s revered independence leader, lived for 13 years. The roads were lined with people, perhaps in the tens of thousands. (Previously, Trump had boasted at a rally in Colorado that 10 million people would greet him upon his arrival.)

The Trumps toured Gandhi’s modest home, removing their shoes before entering as all visitors do. Trump also sat on the floor and tried spinning cotton on a charkha, a hand-cranked wheel that Gandhi promoted as a tool of self-reliance.

I’m surprised that The Washington Post and CNN even bothered to cover this story, especially covering it in an honest and semi-positive light.

With all of the negative reports, blackouts and dropped mics I suppose we should be grateful that CNN and WaPo decided to print some truth about Trump.