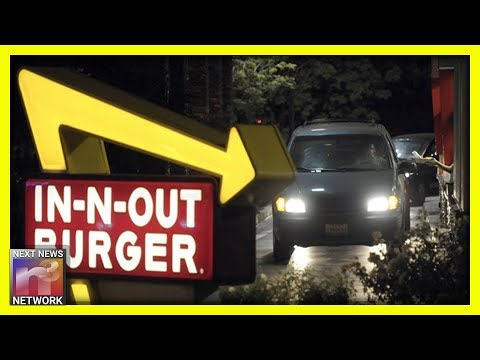 You have to see this.

Extinction Rebellion activists recently decided to take their protest inside of an In-N-Out burger joint in Long Beach, CA.

The employees forced them out and let the local police deal with their light work.

Employees at an In-N-Out burger restaurant in Long Beach, California are being praised for adroitly handling “Extinction Rebellion” protesters who thought they could barge into the establishment, create tons of noise, and disturb everybody within earshot all for the sake of raising awareness about global warming. Rather than acquiesce to these left-wing protesters’ demands, one In-N-Out employee simply picked up a grown man who was leading the demonstration and carried him out of the joint before calling police who promptly took over the situation.

As you can see in the following video, an In-N-Out employee named Tim, in his uniform replete with the classic company hat and red apron, simply manhandled the lefty and hauled him off the premises.

Climate change activists raid a burger joint and harass the workers. Neither the employees nor police are having it. People are fed up with Extinction Rebellion. https://t.co/6bIPK4pb9U

Tim repeatedly told the gray-haired, bearded moonbat to get off his property. The lefty refused, and Tim called the cops. Then, perhaps unaware of the irony, the video cut to another protester complaining that her property, the blow horn she used to berate and harass families enjoying a nice meal and employees earning a living, was thrown in the trash. That girl ended up being handcuffed, but it is unclear if any charges were filed.

Read the Rest at Townhall…

This is liberal America.

If Beto, AOC and Elizabeth Warren are right, maybe we should all take a trip to our local burger joint and enjoy the time we have left.

AOC’s chief of staff is so convinced that he’s going to eat all the burgers he can, in the time he has left.

This “climate change” crowd is a joke.

They have carried faulty and limited “global warming” data forward for years and claim it is scientific proof that we are in the end days.

God will decide when the end comes, not Liz Warren or AOC.