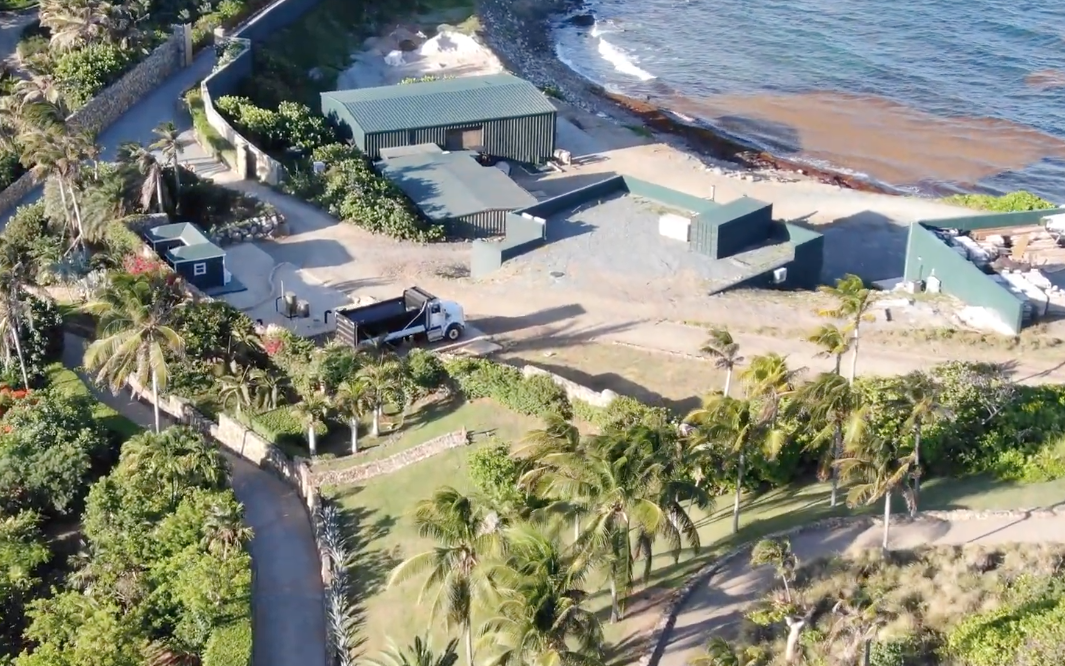 The footage posted on the Rusty Shackleford YouTube channel shows just how ominous the Little St. James Island actually is.

There is even a walled-in dirt lot that appears to have its view obstructed from outsiders or those on other parts of the island.

The island comes complete with a helicopter pad a fully functional cargo dock and is manned by what appears to be a rather bare-bones staff.

You can see workers unloading a semi-truck being from a cargo barge in the following video.

Both paved and dirt roadways and pathways connect the intricate confab.

What appears to be some sort of strange temple or guest house can be seen in the following video along with a giant sun dial.

The structure apears as if it is undergoing a remodel on the inside as ladders can be seen through the windows.

Take note of the underground buildings near the bay and the warehouse-like out building.