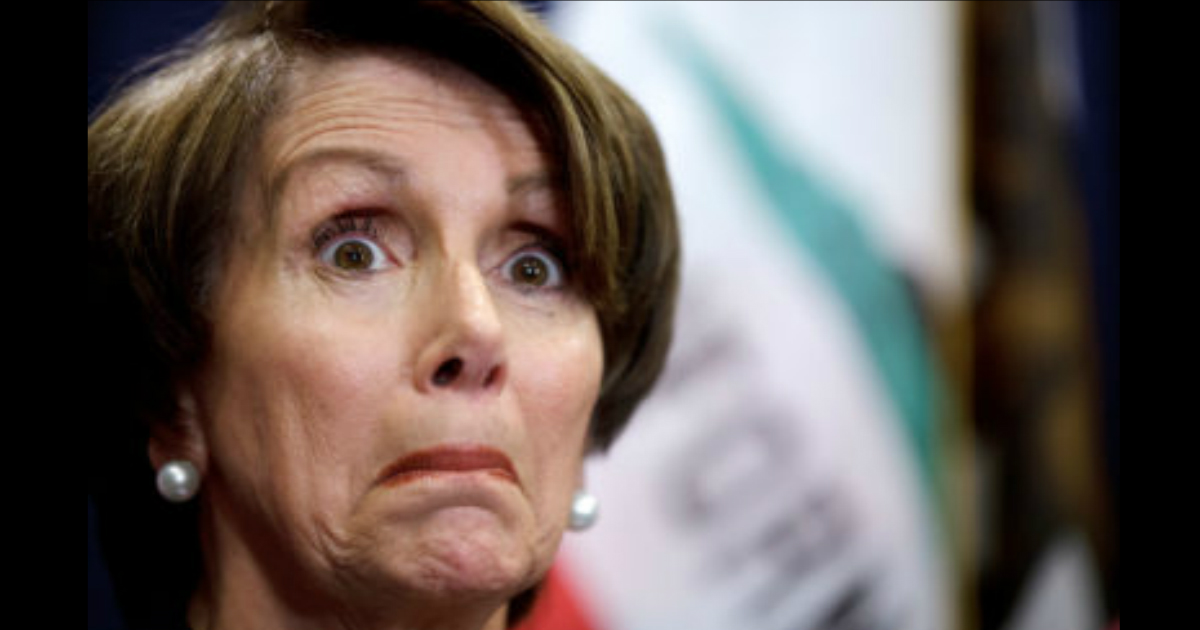 Well, this sounds familiar, doesn’t it? Does anyone remember that under Barack Hussein Obama Soetoro Sobarkah and following Sandy Hook that the cries from the Democrats were that they were going to make gun confiscation a priority and try to ramrod gun bans down our throat? I sure do, and the American people stood up to them and said no, you’re not! Somehow, I think we need to prepare to do it again. Nancy Pelosi (D-CA), who is expected to become House Speaker again, has sounded the warning that Democrats in the House will take up gun confiscation measures that are unconstitutional immediately after hypocritically taking an oath to uphold the Constitution.

On Thursday, Pelosi said that it would be a priority for the Democrats, Communists and Socialists in the House of Representatives.

“I do believe, because in this Congress…there is bipartisan legislation to have common sense background checks to prevent guns going into the wrong hands. It doesn’t cover everything, but it will save many lives,” Pelosi said on CNN’s “Cuomo Prime Time.”

“This will be a priority for us going into the next Congress,” she added.

Responding to the shooting that left 12 dead in her home state of California, House Democratic Leader Nancy Pelosi says there is "bipartisan legislation to have common sense background checks" pic.twitter.com/3w9xlPvHcE

Of course, Chris Cuomo doesn’t believe that rights come from our Creator but from government. So, it’s not surprising that he offered any constitutional or biblical opposition.

Her comments came just a day after the Borderline Bar & Grill shooting, in which former Marine Ian David Long murdered 12 people and wounded several others before turning the gun on himself in the very state that Pelosi is from, which has some of the strictest gun confiscation “laws” in the country. Yet, she wants to infringe on Americans’ rights more so that more of us are soft targets for criminals just like those at the Borderline Bar & Grill this week.

Of course, Pelosi and hardly anyone is referencing the fact that he was more than likely prescribed drugs approved by the unconstitutional Food and Drug Administration, drugs which we have discovered have been a part of the mental health issue of other mass shooters.

Pelosi and other Democrats declared that gun confiscation legislation would be a priority for them if they won in the midterms. They have won the House, but with the Senate looking like it’s in the control the Republicans, it looks like we may see gridlock on the issue, which is a really good thing for the American people.

In case you are wondering, yes, I’m using the phrase “gun confiscation” rather than “gun control” because that is what all of this is aimed at, ways to get your guns out of your hands, and don’t let anyone tell you different. Every “gun control” piece of pretended legislation written is nothing more than a means to an end, confiscating your guns.

But don’t take my word for it. Manuel Martinez, born in Cuba, escaped the brutal Communist regime in Cuba in 1954 and addressed Democrats a few years ago after Sandy Hook and referred to them as “malicious individuals, masquerading as Democrats,.. established … a dictatorial regime … in my nation called Communism, Socialism, Stalinism, Marxism, and whatever other named -ism you want to put on it.”

And then he warned:

Seems like people would listen to others who have lived under the very lawlessness, oppression and tyranny that the Democrats are promoting, wouldn’t they?