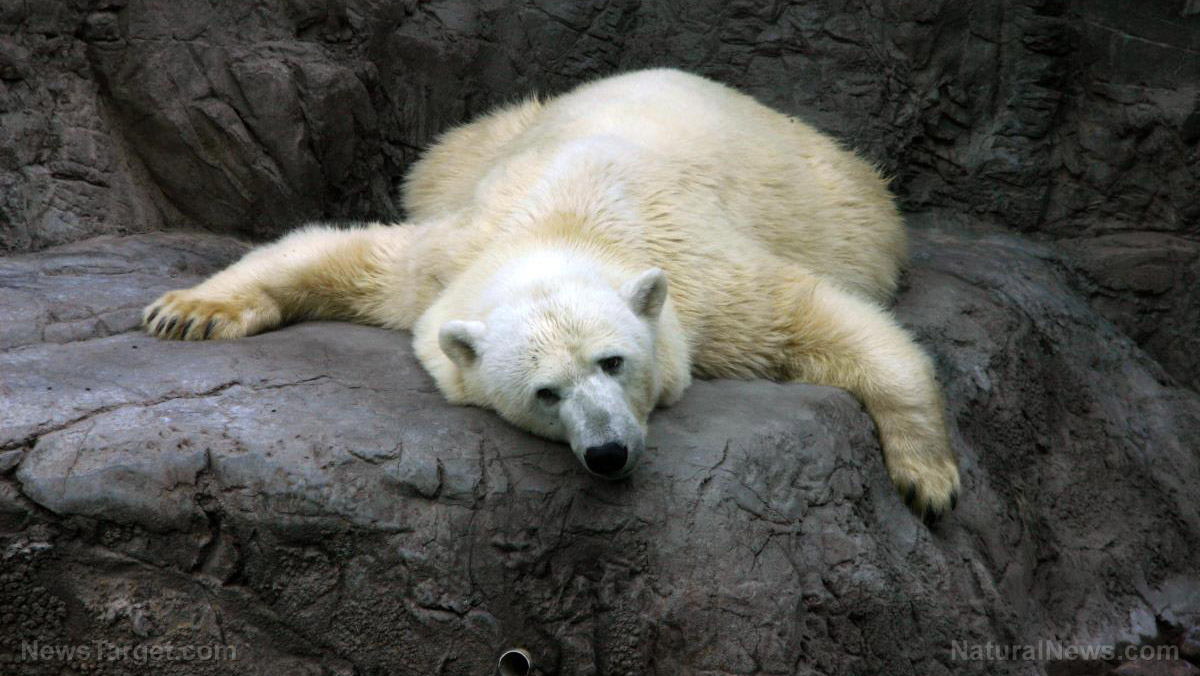 (Natural News) Last year, a pair of photographers from National Geographic captured disturbing video footage of an emaciated polar bear that they uploaded to the magazine’s website with the opening line: “This is what climate change looks like.” There’s just one problem, though: the polar bear’s plight had absolutely nothing to do with climate change, it has now been revealed.

As it turns out, the entire video and corresponding story was 100 percent fake news designed to push the climate change conspiracy theory – a fact that National Geographic now reluctantly admits. But this revelation came after the video had already gone viral, of course, generating more than 2.5 billion views over the past year, becoming the most shared video in National Geographic‘s history.

“We had lost control of the narrative,” claims Cristina Mittermeier, one of the National Geographic photographers who misleadingly stated that the heart-wrenching images of the animal were a direct result of climate change.

Though Mittermeier now openly admits that she deceptively captioned the video with fear-mongering language designed to scare people about climate change, she also somehow claims that it’s the public’s fault for believing her lie. Apparently, the imagery in Mittermeier’s video was not to be taken “literally,” she now insists.

“Photographer Paul Nicklen and I are on a mission to capture images that communicate the urgency of climate change. Documenting its effects on wildlife hasn’t been easy,” Mittermeier wrote in a recent article entitled, “Starving-Polar-Bear Photographer Recalls What Went Wrong,” which blames viewers, and not herself or her colleague, for believing her video’s lies about the polar bear being harmed by climate change.

“With this image, we thought we had found a way to help people imagine what the future of climate change might look like. We were, perhaps, naive. The picture went viral – and people took it literally.”

If Mittermeier was an honest person with integrity, she would have publicly apologized for lying to National Geographic readers, and explained that her obsession with pushing the climate change conspiracy theory is what led her to create fake news about a sickly polar bear, which she now admits simply could have been elderly or diseased.

Instead, Mittermeier is actually trying to shift the blame onto the people who believed her fake news story, which she now claims was never meant to represent proof of climate change, but merely a depiction of what climate change might look like in the future.

“Perhaps people took the gloom-and-doom climate change narrative ‘literally’ because Nat Geo’s first line of the video was, ‘This is what climate change looks like,’” writes Amanda Prestigiacomo for The Daily Wire, emphasizing Mittermeier’s insanity in trying to blame someone other than herself for this fake news fiasco.

“To boot, the words ‘climate change’ were even emphasized, highlighted in the magazine’s signature yellow,” adds Prestigiacomo.

What this all proves, once again, is that liberals like Mittermeier have an almost religious obsession with the climate change conspiracy theory – so much so that they’re somehow able to rationalize making up fake news stories about dying animals in order to draw more people into the cult of climate insanity.

Even worse is the fact that Mittermeier, just moments after admitting to Fox News in a recent interview that she made a “mistake” in publishing the fake video, stated that she would actually do it again if given the chance – simply because it supports her presupposition that polar bears and other animals are suffering due to climate change, even though there’s no evidence to actually prove this.

“It’s simply befuddling why there’s such a lack of trust in media,” jokes Prestigiacomo.

See ScienceClowns.com for more examples of complete idiocy carried out under the banner of “science.”