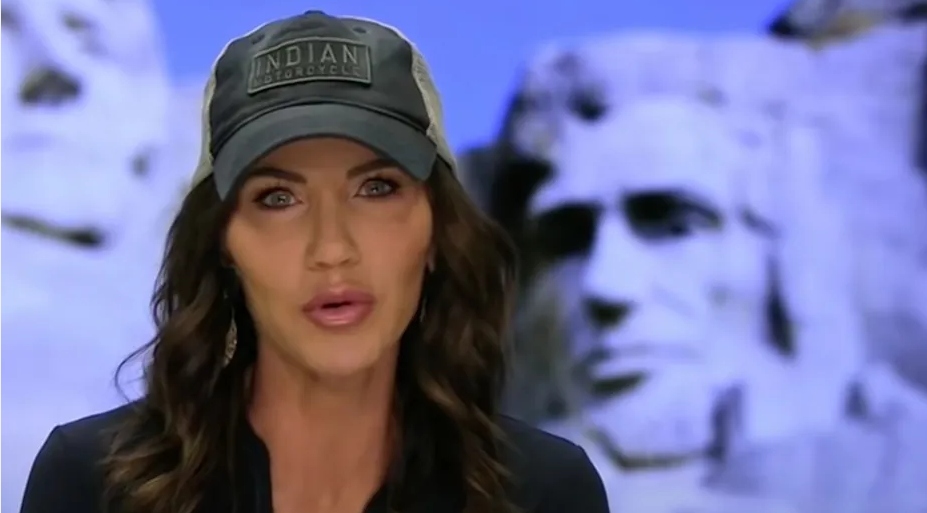 Noem in particular lashed out at Biden for allowing foreign adversaries to buy up massive amounts of American farmland.

“I have been talking about food security as a national security issue for about 15 years now, being involved in farming and ranching,” she told Breitbart News Daily on SiriusXM. “I was very young when I started working on federal policy, because the United States has always embraced a policy where we believed it was important to grow our own food in this country, and I’m a strong believer that when another country controls our food supply, that’s when they truly control us.”

“If we think a pandemic was scary, wait until we realize that we can’t put food on the grocery store shelves because China controls the entire system, and what most of America hasn’t been paying attention to, is that China — for years — has been buying up our chemical companies, our fertilizer companies, our processing systems, and now they’re buying land, and we have foreign countries that are heavily invested in that entire supply system,” she continued.

“We are losing control of the ability to feed our people and that’s what is challenging us today,” the GOP governor noted further. “We finally are waking up to that, but it is going to be a serious situation that this administration needs to recognize they have a huge role in, and all they’ve done is strengthen our enemies and given them more ability to control our food supply which puts us in a very precarious situation as a country.”

Noem said being able to grow up and live in a smaller community rather than a big city gives her, and those like her, a much better perspective on life as well as a stronger sense of community.

“[I benefit from] an incredible perspective that so many people in this country don’t get to have and they don’t realize how much they need it — that interaction and sense of community, and people who wave when they drive by on the road and stop and smile and ask how your day is going — is what keeps us human,” she said.

“It feeds our souls and it helps our mental health as well. I think so many people are constantly challenged with the busyness, the noise, and the lack of personal interaction that happens many times in big cities,” Noem , who has been mentioned as a potential 2024 GOP presidential contender or running mate, elaborated.

“[It] really does affect them long-term, and it would be good for everybody to get out and be in the country, and being in smaller towns where people can relax and just understand that we’re all a part of humanity, and we were all created to love each other,” she said.

As for control of America’s food sources and production, she told Newsmax TV’s Eric Bolling on Friday: ”Our food supply is our national security policy. It just is. For years, I’ve been watching foreign countries, other entities that are not friends of the United States, buy up our fertilizer companies, our chemical companies, our processing systems and those entities.”

”Now we see other people buying hundreds of thousands of acres of land; and, listen, many times it is foreign entities in some of these states as well. So we have countries like China that own all these different pieces, and they’re not dummies,” she continued.

“They know that when they control our food supply, they control us. So this is a national security policy issue that the American people need to be aware of,” Noem added.

”We’ve always had in the United States of America a priority of keeping a safe and affordable food supply that’s diversified, so one person or one country doesn’t control it. We are losing that. We’re losing that on Joe Biden’s watch, and it is a concern for us, our country, and for those families out there that are looking to feed their kids every week when they go to the grocery store,” the governor said.