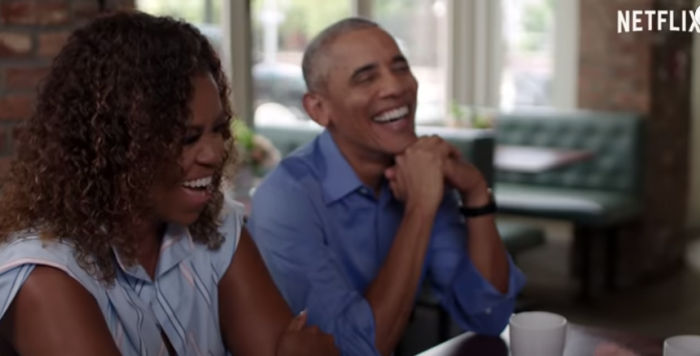 Neither Barack and Michelle Obama nor their former National Security Adviser Susan Rice have weighed in on the firestorm surrounding Cuties, a French coming-of-age drama that is the subject of widespread criticism for its blatant sexualization of pre-pubescent children, Breitbart reports.

Both the Obamas and Rice are closely connected to the company, with the former president and first lady currently in the middle of a “multi-year agreement” signed back in May 2018 to help produce films and series for the platform. Rice, meanwhile, was appointed to the Netflix board that same year.

It is no secret that the deep state and Hollywood are part of a global sex trafficking and pedophile ring that is slowly being dismantled by President Trump and the agencies he can trust. It goes far deeper than any of us know and as we all demand justice and immediate end to all of it, the sad truth is it takes time to go after the horrific evil trash.

Breitbart reports that the film has provoked outrage among the wider population, with its YouTube trailer attracting an incredible 1.6 million dislikes compared to just 39,000 thumbs up. Meanwhile, around 600,000 people have signed a petition pledging to cancel their Netflix subscription because of the film, while the hashtag #CancelNetflix trended on Twitter on Thursday.

FOX News reports that lawmakers in Washington, most of them Republicans, called Friday for the Justice Department to take legal action against Netflix for streaming the highly controversial film “Cuties” — claiming the comedy-drama sexualizes young children and “serves as fodder for pedophiles.”

U.S. Sen. Josh Hawley, R-Mo., tweeted Friday that Netflix “should explain to the public why it is distributing a film, ‘Cuties,’ that appears to sexually exploit children and endanger child welfare.”

.@Netflix should explain to the public why it is distributing a film, “Cuties,” that appears to sexually exploit children and endanger child welfare pic.twitter.com/OZH4HCLy0Y