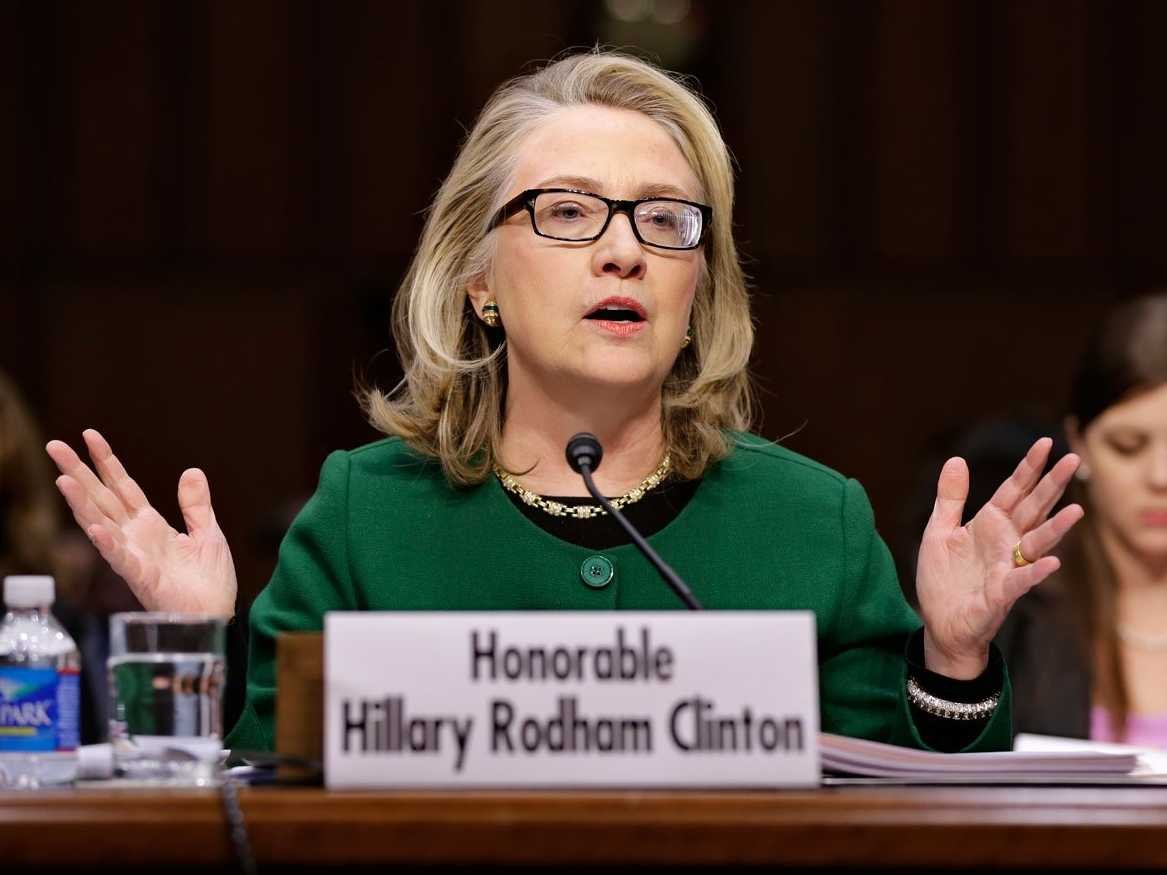 Wednesday the Senate finally made a statement about Benghazi. A bipartisan Senate Intelligence Committee has found that the State Department could have likely prevented the death of four Americans in Benghazi if they would not have ignored the intelligence reports and pleas for assistance from our diplomatic mission. The
findings are that increased security was needed. USA Today reports:

Congressional Democrats for the first time joined the GOP to condemn the State Department for refusing security measures they say could have prevented the deaths of the U.S. ambassador and three other Americans in Benghazi.

The report, worked on for months and released Wednesday by a bipartisan Senate intelligence committee, also says 15 people in Libya who have tried to help the FBI investigate the murders have been killed.

15 persons in Libya who were attempting to cooperate with the FBI investigation are now dead. Isn’t that convenient?

Does it matter now Mrs. Clinton?

I have to wonder how intelligent our Intelligence Committee really is, because alternative media seems to be far beyond what these Senators are finding. Here’s another thought. Maybe they aren’t that stupid but they think that we are.

Not only did we need more security, the security we hired was grounds for treason. How many Americans know that our State Department hired a group called the February 17th Martyr’s Brigade to defend the diplomatic mission?

You didn’t know that? And why should you care?

Because the February 17th Martyr’s Brigade is al Qaeda. Why on earth would you hire the enemy to defend against itself? This is just one of many Benghazi facts that are not being reported in the American press, but let’s focus on these 15 unfortunate souls who tried to help the FBI.

What does it matter?

They probably weren’t Americans so why should we care?

I don’t know, but how many convenient deaths does that make now for Mrs. Hillary Clinton?

If you want to see a list of 46 you can find them here. Who could forget the mysterious Vince Foster suicide or James McDougal’s convenient heart attack? There are 44 more names on that list. If you want to dig really deep inside the deaths of many of these people you can visit a site called Arkancide.

Who could forget the bombshell admission of Larry Nichols?

The answer to that is probably almost everyone because very few even know the admission happened:

“Whenever I got an F2 call, that meant go and kill. State police are not trained to kill in … the late ’70s, early ’80s. There were no SWAT teams…. I had an F2 call, that meant go in and kill a guy. I didn’t give a shit…. When it [the order to kill] came from the president [Reagan], it was for God and country. When it came from Clinton, hell, I didn’t give a damn. I just go kill somebody, cut his nuts off.”

Why is it that no one takes this interview seriously? Why has none of the mainstream media reported it? If it is untrue then expose Larry Nichols as a liar and let’s move on. But the media acts like the interview never happened. Larry Nichols and the Clintons should be investigated and likely stand trial. Nichols made these comments on a national radio show and no one seems to care.

So, as we head closer and closer to 2016, and an almost guaranteed Hillary Clinton victory, the American people still don’t seem to care. Someday Americans need to learn to think for themselves. There are bad democrats and bad republicans. 95% of them are worthless no matter what party they choose to affiliate with. But so many people would rather vote for a person surrounded by “convenient deaths” than to cross party lines or simply make a wise decision in the primaries. If the election were held today, which thankfully it was not, Hillary would have won in a landslide and people don’t seem to care.

So today we add 15 “collateral damage” deaths to the Benghazi list and there is still no evidence that can directly implicate Hillary Clinton, at least in the eyes of our lawmakers.

Did she have something to do with it? We have no proof so we will just chalk it up to 15 more convenient deaths. We will never likely have proof.

How many more people will have to conveniently die before Americans start seeing what is truly happening? If 2016 goes the way it looks, the answer to that could be a substantial number.

What does it matter if they are dead? You are still alive right?

Pray you never have anything that might implicate a Clinton, because if you do you might just kill yourself or be hit by a falling tree. I don’t know why it happens. It just does.

Oh and by the way, Barack Obama has had some friends conveniently die as well.

Could these 15 people have been killed by people not at all related to Hillary Clinton or Barack Obama? Yes, obviously that is a possibility. But it sure does seem convenient once again.

When and where does it end America?